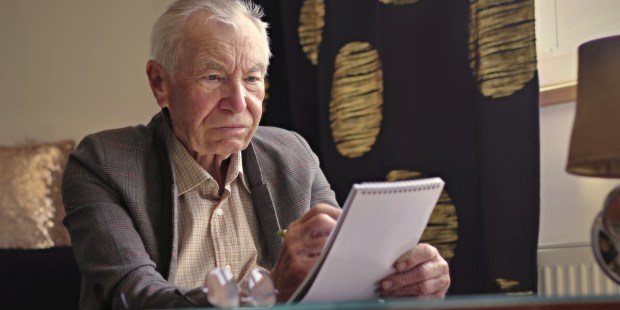 Old age is an opportunity to draw close to the Lord and surrender all that is not of Him.

This summer Aleteia published five hypothetical letters that take us through different stages in human life. This is the last letter in the series, tailored to an elderly person who is drawing closer to death.

Once you told me that you liked the lyrics of the French singer Michel Sardou: “Life and death, people come and go, that’s all it is.” But is that indeed so? Both life and death are so significant! We go through our lives, comforted by a multitude of people who loved us, accompanied us along our earthly pilgrimage, and sometimes addressed us in a sign from above.

Our memories of those who passed away are much more vivid than an old yellowed photograph. They do not come to us from the past, but from eternity, like a blessing that helps us to go on, because this “bridge of the dead” is vital for the living. We keep their memory like sentinels of our hope. Some say that they left us too early … But what does “too early” mean? Are there those who leave us “too late”? It’s because they fear leaving “too late” that some people wish to choose the way they depart from life. They wish to spare themselves the vision of their own decrepitude and control the mystery of their death.

“I am a fan of men,” exclaims the character of Satan played by Al Pacino in The Devil’s Advocate … This diabolical philanthropy denies vulnerability and masks the cruel pride of those who have refused to humble themselves. “Old age is a shipwreck,” said General de Gaulle. But what if it was also a heavenly initiation, allowing a person to finally learn how to accept his frailty and put his trust in God?

We must become humble for Christ to grow within us. An old man doesn’t revert to childhood, he ascends to it. George Bernanos wrote: “Certainly, my life is already full of deaths. But the most dead of the dead is the little boy that I used to be. And yet, when the time comes, he is the one who will retake his place at the head of my life, assemble my poor years to the last, and like a young leader gathering veterans, rally the disorderly troops to enter first into the Father’s house.”

Read more:
Prayer for a peaceful death in light of Mary’s Assumption