A religious sister who served the poor of Paris 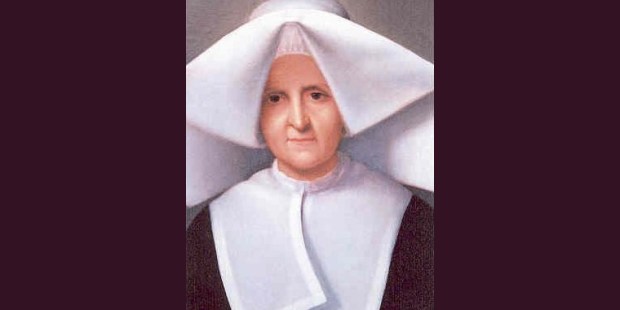 + Jeanne Marie Rendu was born in Confort, France. She was three years old when the French Revolution began and her family sheltered French priests who had chosen to remain in France despite the fierce persecution of the clergy.

+ She made her First Communion in the basement of her house during a Mass celebrated by one of this courageous priests.

+ Following the Revolution, she was educated by the Ursuline Sisters in Gex, France.

+ As a young woman, Jeanne Marie worked with the Daugthers of Charity at a local hospital. She entered the community in 1802, taking the name “Rosalie” as her religious name.

+ Following her novitiate, she was sent to the Mouffetard District, one of the poorest slums of Paris. She would spend the next 54 years serving the sick and poor in that part of the city.

+ During her decades of service, she opened a free clinic, pharmacy, school, and orphanage, as well as a youth center and a home for the elderly.

“Her charity was inventive. Where did she draw the strength to carry out so many things? From her intense prayer life and the continuous praying of the Rosary, which she never abandoned. Her secret was simple: to see the face of Christ in every man and woman, as a true daughter of Saint Vincent de Paul.”—Pope Saint John Paul II at the beatification of Blessed Rosalie

On this day we remember Blessed Eugenie Smet. She felt called to a life of charity for the sake of the poor souls in purgatory. To support this special vocation—and to serve those who had been forgotten by the Church and society—she would go on to establish a new religious community: the Society of Helpers of the Holy Souls. Blessed Eugenie died in Paris, France, in 1871 and was beatified in 1957.

O God, who have taught your Church to keep all the heavenly commandments by love of you as God and love of neighbor; grant that, practicing the works of charity after the example of blessed Rosalie, we may be worthy to be numbered among the blessed in your Kingdom. Through our Lord Jesus Christ, your Son, who lives and reigns with you in the unity of the Holy Spirit, one God, for ever and ever. Amen.

(from The Roman Missal: Common of Holy Men and Women—For Those Who Practiced Works of Mercy)