Friday, January 17
Saint of the Day: Saint Anthony of Egypt 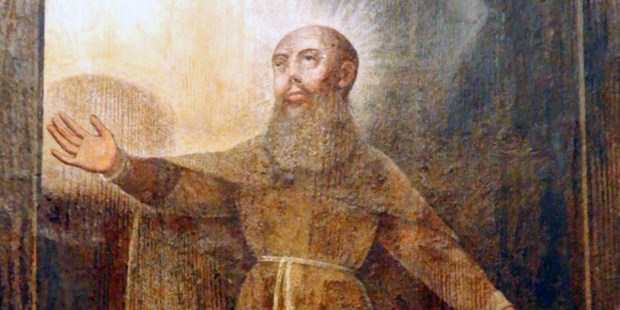 + Anthony was born in Upper Egypt. After the death of his parents, he divided up his inheritance and possessions and journeyed into the desert, desiring to seek and serve God in solitude.

+ Anthony lived as a hermit for many years, practicing heroic penances and devoting himself to silence, prayer, and manual labor.

+ After nearly twenty years of seclusion, trials, and temptations, word of his sanctity began to spread and hundreds of other men began to build a community of hermits around Anthony.

+ To guide the community, Anthony would give instruction to the hermits and eventually wrote a rule of life for them. In 305, he established another community of hermits at Fayum and, later, another at Pispir.

+ In the years before Anthony died, Saint Athanasius of Alexandria wrote an account of the hermit’s life. This book greatly contributed to Anthony’s popularity and helped promote the monastic movement within the early Church.

+ Saint Anthony, who is known as “the Great” in the Eastern Church, died in 306 at 105 years of age. Throughout the centuries, he has been honored as the patron saint of hermits, gravediggers (because he spent several years living in an abandoned tomb), and pig farmers.

“The days are coming when men will go mad; and, when they meet a man who has not lost his mind, they will rise up against him, saying, ‘You are mad, because you are not like us.’”—Saint Anthony of Egypt

On this day, the Blessed Virgin Mary appeared to a group of villagers in the tiny hamlet of Pontmain, France, in 1871. This apparition—sometimes known by the name “Our Lady of Hope”—took place during the Franco-Prussian War, as German troops were approaching the village. During the apparition, the Blessed Virgin wore a dark blue dress covered in stars and carried a crucifix. Below the figure a series of words appeared: Please pray. God will hear you soon. My Son lets himself be touched. That same night, the German army was ordered to withdraw and the village was spared; the armistice calling for the end of the war was signed 11 days later. The apparitions at Pontmain were approved by the local bishop in 1872. In 1905, Pope Saint Pius X elevated the shrine in Pontmain to the status of a basilica and Pope Pius XI approved a Mass and office in honor of Our Lady of Pontmain.

O God, who brought the Abbot Saint Anthony
to serve you by a wondrous way of life in the desert,
grant, through his intercession,
that, denying ourselves,
we may always love you above all things.
Through our Lord Jesus Christ, your Son,
who lives and reigns with you in the unity of the Holy Spirit,
one God, for ever and ever. Amen.