Friday, July 17
Saint of the Day: St. Alexius of Rome

Patron Saint of Nurses and the Alexian Brothers 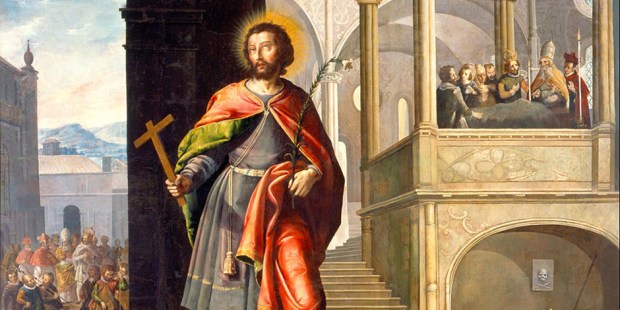 + The life of Saint Alexius is shrouded in legend, but for centuries he has been honored for his love of the poor and his humility.

+ Said to have been the son of a Roman senator, Alexius wanted to dedicate his life to God, despite his parents’ plan for him to marry.

+ On his wedding Alexius was released from his commitment by his fiancé and left his home, disguised as a beggar, and traveled to Syria, where he lived as a hermit.

+ After years of solitude and prayer, Alexius returned to his parents’ home, presenting himself as a beggar. Not recognizing Alexius, he was allowed to stay, living in a niche under the stairs.

+ For 17 years Alexius lived there, praying, teaching the faith to small children, and sharing what he had with the poor.

+ Following his death, his family found a note attached to his body, which revealed his identity.

+ Historians recognize that the story of Alexius of Rome was conflated with that of Saint Alexius of Edessa, whose story was brought to Rome by exiled Greek monks who established a monastery near the Church of Saint Boniface in Rome. Although the feast of Saint Alexius was removed from the General Roman Calendar in 1969, his name is retained in the Roman Martyrology, the Church’s official listing of saints.

+ The relics of Saint Alexius—including the staircase under which he lived and died, are enshrined in the Basilica of Santi Bonifacio ed Alessio in Rome.

“The mouth of the righteous utters wisdom;

his tongue speaks what is right.

God’s teaching is in his heart;

Saint Alexius is honored as the patron saint of the Alexian Brothers, a community of male religious founded in Belgium in the 15th century to care for the victims of the Black Death. Following the Rule of Saint Augustine, the Alexian Brothers currently provide acute care, residential elderly care, retirement centers, HIV/AIDS ministry, and centers for the homeless and those suffering from mental illness.

O God who gladdens us by the annual solemnity of blessed Alexius, your confessor, mercifully grant that we who celebrate his heavenly birthday may also imitate his example. Through Christ our Lord. Amen.