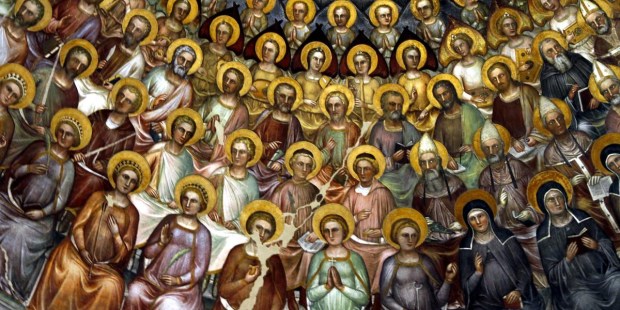 + Lucrezia Elena Cevoli was born in Pisa, Italy, and was the daughter of a local nobleman.

+ Although she wanted to enter religious life, she received little support both from those of her social class and Saint Veronica Giuliani, the novice mistress of the Capuchin Poor Clare community that Lucrezia wanted to join.

+ After having her vocation tested, Lucrezia entered the Capuchin Poor Clare monastery in 1703 and received the religious name “Florida.”

+ In 1716 Veronica was elected abbess and Florida was chosen as her vicar. When Saint Veronica died in 1727, Florida succeeded her as abbess and she ruled over the community an effective blend of firmness and gentles, even as she promoted the cause for the beatification of Veronica.

+ Florida’s tenure as abbess ended in 1736 and she spent the remainder of her serving the needs of her community in simplicity and humility.

“Love God, serve God. Everything is in that.”—Saint Clare of Assisi

O God, who called your handmaid blessed Florida to seek you before all else, grant that, serving you, through her example and intercession, with a pure and humble heart, we may come at last to your eternal glory. Through our Lord Jesus Christ, your Son, who lives and reigns with you in the unity of the Holy Spirit, one God, for ever and ever. Amen.

(from The Roman Missal: Common of Holy Men and Women—For a Nun)