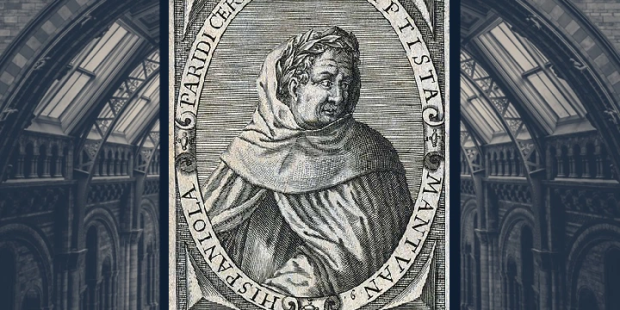 + John Baptist (who is also known as Bautista) was born to a noble Spanish family in Mantua, Italy.

+ While studying in Padua, he had the benefit of studying under some of the great humanists of the day, but he also began to lead a dissolute life and he found himself at the mercy of a usurer (a “loan shark”) and he was expelled from his father’s house.

+ This led him to reevaluate his life and, in 1463, he entered the Carmelite Order. He was eventually ordained a priest.

+ After serving as teacher for the children of the Duke of Mantua, he was elected vicar-general of his congregation. In 1513, he became general of the order.

+ Honored for his sermons and treatises, as well as for his efforts of reform of his own order and the papal court, which bring together Christian values with humanist themes, he was mentioned as “good old Mantuan” in William Shakespeare’s Love’s Labor’s Lost.

O God, light of the faithful and shepherd of souls,

who set blessed John Baptist in the Church
to feed your sheep by his words and form them by his example,
grant that through his intercession
we may keep the faith he taught by his words
and follow the way he showed by his example.
Through our Lord Jesus Christ, your Son,
who lives and reigns with you in the unity of the Holy Spirit,
one God, for ever and ever. Amen.