“United in love among ourselves” 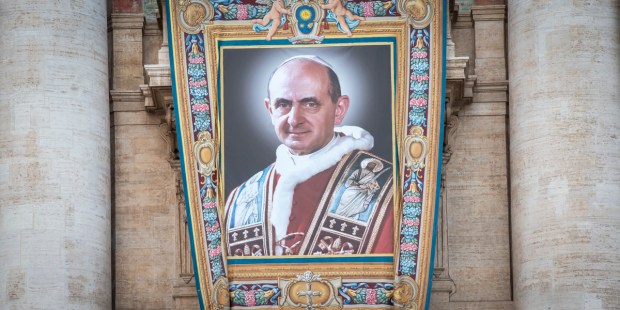 + Following his ordination to the priesthood in 1920, he served as member of the Vatican’s Office of Secretary of State, before being named a protosecretary of Pope Pius XII.

+ Appointed archbishop of Milan in 1954, he was named a cardinal four years later.

+ He is especially remembered for his encyclical Humanae Vitae and for his commitment to peace and justice.

+ Pope Paul VI died on August 6, 1978, and was canonized in 2018 and his commemoration was inserted into the Universal Calendar of the Church by Pope Francis in 2019.

“The Eucharistic mystery stands at the heart and center of the liturgy since it is the found of life by which we are cleansed and strengthened to live not for ourselves but for God and to be united in love among ourselves.”—Pope St. Paul VI

O God, who made blessed Paul the Vicar of Peter and committed to him the care of the universal Church, by his intercession keep your beloved flock ever safe, so that with integrity of faith and perfect charity your Church may journey to her heavenly homeland. Through our Lord Jesus Christ, your Son, who lives and reigns with you in the unity of the Holy Spirit, one God, for ever and ever. Amen.

(from The Roman Missal: Common of Pastors—For a Pope)