“Strength is made perfect in weakness” 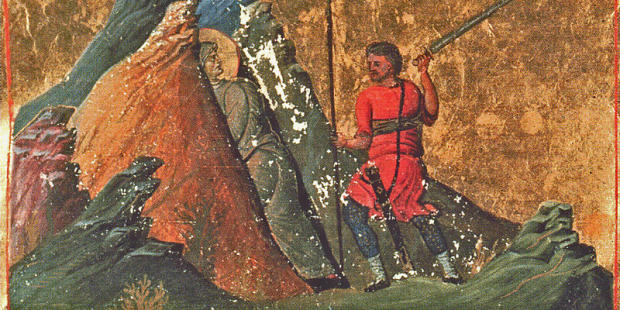 + Ariadne was an enslaved woman who served in the household of a nobleman in Phrygia (a region that is now part of central Turkey).

+ According to legend, Ariadne—a Christian—refused to take part in pagan rituals offered during a celebration of the nobleman’s birthday.

+ Condemned as a Christian, she was beaten and imprisoned.

+ After her release, Ariadne fled into the wilderness and fell into a chasm in a ridge and died. Later embellishments say that a large rock opened up, offering her a place to hide. The rock closed around her and became her tomb.

+ Regardless of the veracity of these legends, Saint Ariadne has long been honored as a martyr and died around the year 130.

“They did not cling to their lives even in the face of death; therefore rejoice, you heavens, and you who dwell in them.”—Revelation 12:11-12

On this day, we also remember the martyrs Blessed Daudi Okelo and Jildo Irwa. These young men (Daudi was 16 and Jildo was 12) served as catechists in Payira, Kitgum, Uganda. They were murdered for their Christian Faith in 1918 and beatified in 2002.

O God, by whose gift strength is made perfect in weakness, grant to all who honor the glory of blessed Ariadne that she, who drew from you the strength to triumph, may likewise always obtain from you the grace of victory for us. Through our Lord Jesus Christ, your Son, who lives and reigns with you in the unity of the Holy Spirit, one God, for ever and ever. Amen.

(from The Roman Missal: Common of Martyrs—For a Holy Woman-Martyr)