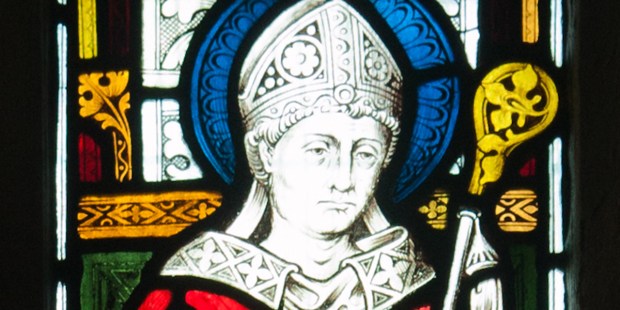 + Lochan was born in near Bandon, Ireland. Because of his very light-colored hair, he was nicknamed Fionbharr (“fairhead”).

+ Educated by the monks at Kilmacahil Monastery in Kilkenny, he later made several pilgrimages to Rome, during one of which he visited Saint David of Wales.

+ After spending some time preaching throughout southern Ireland and Scotland, he became a hermit and later founded a school in Eirce and a monastery in Cork.

+ Finbar was later consecrated as the first bishop of Cork and became known as a miracle worker.

+ This tireless teacher and preacher died on September 25, 623, in Cloyne and has come to be honored as the patron of the Diocese of Cork.

“Who is the steward who must be both faithful and wise? The apostle Paul tells us when he says of himself and his companions: This is how one should regard us, as servants of Christ and stewards of the mysteries of God. Moreover, it is required of stewards that they be found faithful.” —Saint Fulgentius of Ruspe

On this day, we also remember Blessed Marco Crialdo. A member of the Trinitarian Order, he worked as a preacher in the areas around Almeria and Granada, Spain. He suffered martyred in 1569 and devotion to him was confirmed in 1899.

O God, who wonderfully numbered among your holy shepherds blessed Finbar, a man aflame with divine charity and outstanding for that faith that overcomes the world, grant, we pray, that through his intercession we, too, persevering in faith and charity, may merit to be sharers of his glory. Through our Lord Jesus Christ, your Son, who lives and reigns with you in the unity of the Holy Spirit, one God, for ever and ever. Amen.