Monday, April 13
Saint of the Day: Pope Saint Martin I

The Last Pope to Be Honored as a Martyr 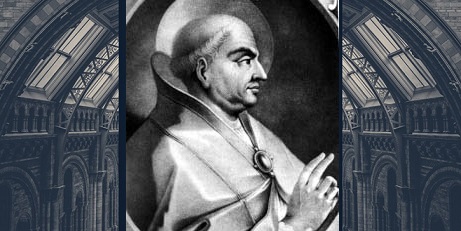 + Martin was born in Italy and was elected Bishop of Rome in 649.

+ Soon after his election he convoked a council in Rome to condemn the Monothelite Heresy (which denied the human will of Christ) and the involvement of Emperor Constans II in Church affairs.

+ The emperor had Martin kidnapped and imprisoned in Constantinople. Although he was saved from execution through the intervention of the Patriarch of Constantinople, Pope Martin was exiled to Kherson, in the Crimea.

+ Pope Martin died of abuse and starvation in the 655. He is the last of the Bishops of Rome to be honored as a martyr.

+ The Feast of Pope Saint Martin I is celebrated in both the Eastern and Western Churches.

“The Lord is near. Why then am I anxious? I put my hope indeed in his mercies that the Lord will not delay to bring my course to an end in whatever way he has commanded.”—Pope Saint Martin I

that we may withstand the trials of this world
with invincible firmness of purpose,
just as you did not allow your Martyr Pope Saint Martin the First
to be daunted by threats of broken by suffering,
Through our Lord Jesus Christ, your Son,
who lives and reigns with you in the unity of the Holy Spirit,
one God, for ever and ever. Amen.