Husband and father murdered by the Nazis 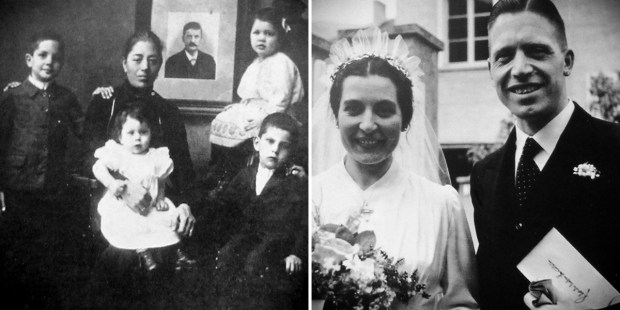 + Josef was born to a pious farm family in Bolzano, Italy.

+ Beyond his direct care for the poor, Josef became a vocal advocate for them and was a member of Catholic Action.

+ In 1944, Josef was drafted into the German army. On October 4, he announced that his faith prevented him from taking the oath of loyalty and obedience to Hitler.

+ Josef was imprisoned for his opposition and beliefs and was sentenced to be executed in the Dachau concentration camp; he died of dysentery on a train on route to the concentration camp on February 24, 1945.

+ Blessed Josef Mayr-Nusser was beatified in 2017.

“Today we must show the masses that the one leader who alone has the right to complete unlimited authority as our guide is Christ.”—Blessed Josef Mayr-Nusser

On this day we also remember Blessed Marco De’Marconi. A religious brother in the now-extinct Order of Hermits of St. Jerome, he was known for intense dedication to prayer. He died at the age of thirty in 1510. Devotion to Blessed Marco was confirmed by Pope Saint Pius X in 1906.

Almighty and merciful God, who brought your Martyr blessed Josef to overcome the torments of his passion, grant that we, who celebrate the day of his triumph, may remain invincible under your protection against the snares of the enemy. Through our Lord Jesus Christ, your Son, who lives and reigns with you in the unity of the Holy Spirit, one God, for ever and ever. Amen.

(from The Roman Missal: Common of Martyrs)