The “Miracle Man of Montreal” 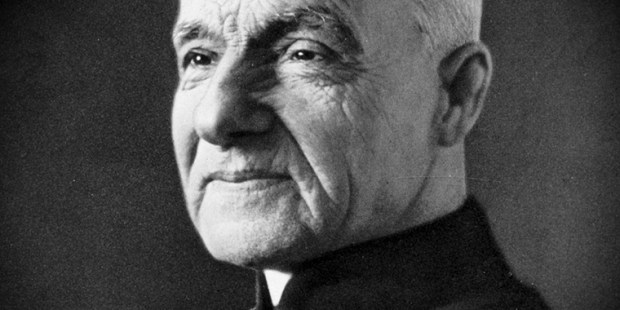 + André was born near Montreal, Canada. Orphaned at the age of twelve, he was forced to support himself working as an unskilled laborer in the textile mills of New England.

+ In 1867, André returned to Canada and entered the Congregation of Holy Cross as a lay brother.

+ Known for his generosity and credited with many miracles, especially benefitting the sick and the poor, he was popularly known as the “Miracle Man of Montreal.” He was also quick to attribute any miracles or graces to the intercession of Saint Joseph.

+ In 1904, Brothor André began the work for which he is most remembered: the construction of a shrine in honor of Saint Joseph. Over the decades the first simple wooden structure would become the great Basilica of St. Joseph on Mont-Royal.

“Put yourself in God’s hands. He abandons no one.”—Saint André Bessette

On January 6, Catholics in certain areas have honored the Blessed Virgin Mary under the title “Our Lady of Cana.” This title reminds us of Mary’s presence at—and participation in—the first of Jesus’ signs (see John 2:1-11). Because it was a manifestation of his divine power, the Miracle at Cana is considered to be part of the Mystery of the Epiphany, which was historically celebrated on this date (see Magnificat Antiphon for Evening II of Epiphany). Mary's words to the servants at the wedding are an instruction for all who would be disciples of her Son: “Do whatever he tells you.”

Lord our God, friend of the lowly, who gave your servant, Saint André Bessette, a great devotion to Saint Joseph and a special commitment to the poor and afflicted, help us through his intercession to follow his example of prayer and love and so come to share with him in your glory. Through our Lord Jesus Christ, your Son, who lives and reigns with you in the unity of the Holy Spirit, one God, for ever and ever. Amen.