Honored as the “Wonder-Worker” 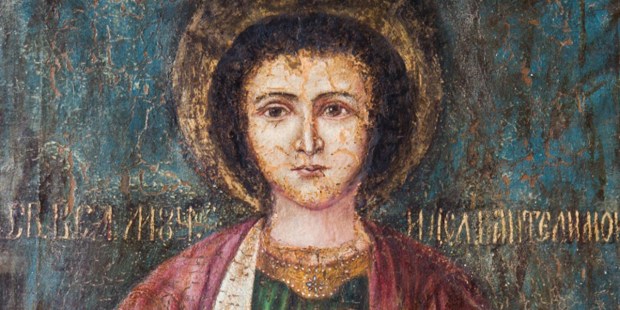 + The life of this early martyr is largely shrouded in legend.

+ According to ancient traditions, he was born to a pagan father and Christian mother and studied medicine. One account of his life says that he served as a physician to the emperor Galerius.

+ In the Eastern Church, Saint Pantaleon is honored as “the Great Martyr and Wonder-Worker.”

I turned every way, but there was no one to help me,

I looked for one to sustain me, but could find no one.

But then I remembered the mercies of the Lord,

his kindness through ages past;

For he saves those who take refuge in him,

Almighty and merciful God, who brought your Martyr blessed Pantaleon to overcome the torments of his passion, grant that we, who celebrate the day of his triumph, may remain invincible under your protection against the snares of the enemy. Through our Lord Jesus Christ, your Son, who lives and reigns with you in the unity of the Holy Spirit, one God, for ever and ever. Amen.