Monday, June 15
Saint of the Day: St. Vitus and Companions

Patron Saint of Dancers and those with Epilepsy 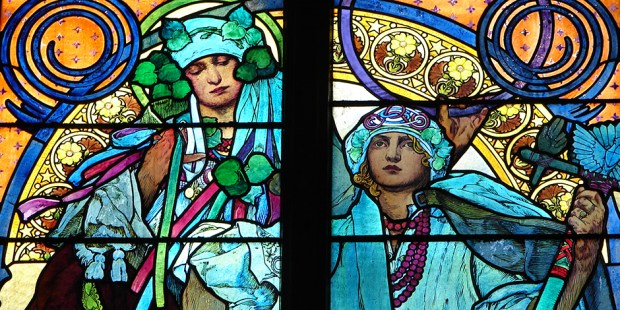 + According to tradition, Vitus was the son of a Sicilian senator, who had been raised as a Christian by his tutor, Modestus, and his nurse, Crescentia.

+ After Vitus’ father discovered that his son was a Christian, Vitus fled with his two companions to southern Italy and they eventually made their way to Rome.

+ Vitus, Modestus, and Crescentia were martyred by order of the emperor Diocletian around the year 300. Devotion to Saint Vitus was widespread throughout Europe, especially during the Middle Ages.

+ For centuries, Vitus has been honored as the patron of those suffering from seizures and “Saint Vitus’ Dance,” a common name for epilepsy and other neurological conditions. He is also honored as a patron saint of dancers and actors.

“I am certain that neither death nor life, neither angels nor principalities, neither the present nor the future, nor powers, neither height nor depth nor any other creature, will be able to separate us from the love of God that comes to us in Christ Jesus our Lord.”—Romans 8:38-39

Grant to your Church, O Lord, we beseech you, through the intercession of your holy martyrs, Vitus, Modestus, and Crescentia, not to be proud, but to advance in that humility which is pleasing to your sight, that, condemning evil things, she may practice with overflowing charity those things that are right. Through Christ our Lord. Amen.