The author of the Jesus Prayer 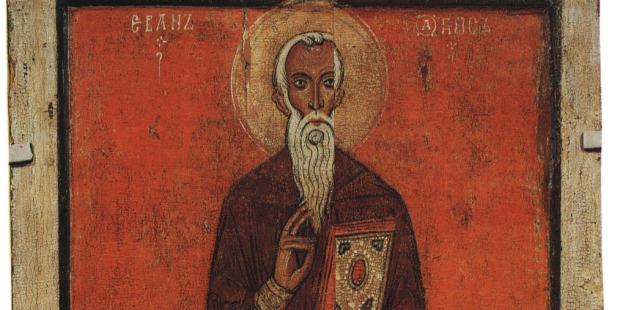 + Saint John is best known for his spiritual treatise The Ladder (Klimax) to Paradise. This book is considered one of the most influential books in Eastern Christianity.

+ Saint John Climacus died around the year 605 and is one of the most honored saints of the monastic tradition.

+ The Jesus Prayer is often traced back to the teachings of Saint John Climacus because he is the first person to link the invocation of the Name of Jesus with each breath.

“Let the remembrance of Jesus be present with your every breath, and you will then understand the value of stillness.”—Saint John Climacus

On this day, we also remember Saint Julio Álavarez Mendoza. A priest born in Guadalajara, Mexico, he spent his entire ministry Mechoacenejo, Jalisco (Mexico). Known for his great love of the eucharist, he conducted secret Masses and baptism after the Church was suppressed by the leaders of the Mexican Revolution. He was martyred on March 30, 1927, near San Julian, Jalisco (Mexico), and was canonized with other martyrs of the Mexican Revolution in 2000.

Grant us, O Lord, that amid the uncertainties of this world we may cling with all our heart to the things of heaven, for through the Abbot blessed John Climacus you have given us a model of evangelical perfection. Through our Lord Jesus Christ, your Son, who lives and reigns with you in the unity of the Holy Spirit, one God, for ever and ever. Amen.