This saint shares the memorial with Bl. John Henry Newman 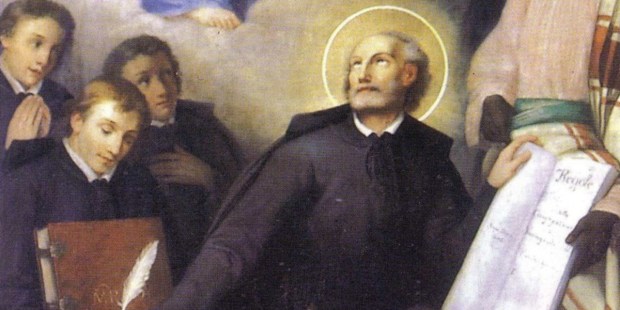 + John was born in Tuscany and was trained as a pharmacist.

+ Feeling called to care for souls more than for physical bodies, he was ordained a priest in 1571. Three years later he founded a new religious community: The Order of Clerks Regular of the Mother of God.

+ In addition to his community, he formed a union of priests dedicated to the foreign missions. In time, this grouping of priests grew into the Society for the Propagation of the Faith and, for this reason, he is considered founder of the “Proaganda Fidei.”

+ A prolific author on a number of theological and devotional topics, he was an important figure in the Catholic Counter-Reformation following the Council of Trent.

+ John was also entrusted with overseeing the reform of a number of Benedictine monasteries, particularly those associated with the Camaldolese Benedictine Order founded by Saint Romuald.

+ Saint John Leonardi died in 1609 of plague he contracted while visiting the sick. Canonized in 1938, he is honored as the patron of pharmacists.

October 9 is also the day the Church celebrates the memory of the English theologian Blessed John Henry Newman. A member of the Congregation of the Oratory, Newman became one of the greatest theological writers of the 19th century and his writings still inspire and engage theologians and philosophers today.

“Those who want to work for moral reform in the world must seek the glory of God before all else.”—Saint John Leonardi

O God, giver of all good things,
who through the Priest Saint John Leonardi
caused the Gospel to be announced to the nations,
grant, through his intercession,
that the true faith may always and everywhere prosper.
Through our Lord Jesus Christ, your Son,
who lives and reigns with you in the unity of the Holy Spirit,
one God, for ever and ever.