Saturday, April 4
Saint of the Day: St. Isidore of Seville

Creator of the first encyclopedia 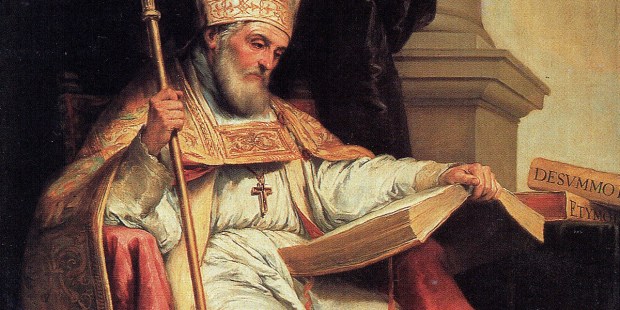 + Isidore was educated by his brother, Saint Leander, and his brother, Fulgentius, and sister, Florentina, are also honored as saints

+ In his writings, Isidore was motivated by two goals: to stop the destruction of barbarian tribes in Spain and to combat the Arian heresy

+ Around the year 600, Isidore succeeded Saint Leander as bishop of Seville. Although he was an influential pastor and administrator, he is most especially remembered for his prolific writings

+ Saint Isidore is credited with creating the first encyclopedia and his writings went well beyond philosophy and theology, touching on every facet of life. The most influential author of his time, there are more surviving manuscript copies of his works than any other medieval writer. Although it isn’t an official title, there are many today who honor Saint Isidore as the patron saint of the internet.

“If a person wants to be always in God’s company, they must pray regularly and read regularly. When we pray, we talk to God; when we read, God talks to us.”—Saint Isidore of Seville

On this day we also honor the memory of the Franciscan priest Blessed Karl Serreqi. While serving in parishes in the mountains of Albania, he was arrested by communist authorities and ordered to reveal the details of the confessions of some local anti-communist rebels. Although he was imprisoned and tortured, he refused to violate the seal of the confessional and eventually died from the abuse he had suffered on April 4, 1954. He was beatified with other Albanian martyrs in 2016.

Graciously hear the prayers, O Lord,
which we make in commemoration of Saint Isidore,
that your Church may be aided by his intercession,
just as she has been instructed by his heavenly teaching.
Through our Lord Jesus Christ, your Son,
who lives and reigns with you in the unity of the Holy Spirit,
one God, for ever and ever. Amen.

(From The Roman Missal)