Patron saint of those suffering from arthritis 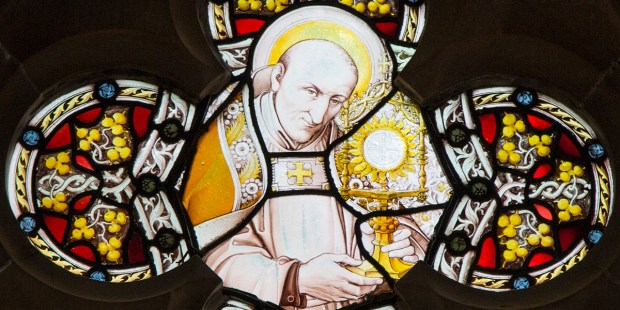 + Alphonsus was born in Naples, Italy, 1696. After working as a lawyer for some years, he gave up his career and was ordained a priest in 1726.

+ Recognizing the needs of the poor, Alphonsus felt called to establish a new congregation of missionaries. Despite opposition from local clergy and dissension among the first members, the Rule of Life for the Congregation of the Most Holy Redeemer (the Redemptorists) was approved in 1749.

+ Alphonsus wrote numerous theological and devotional works. Also honored as a gifted preacher, Alphonsus was named bishop of Sant’Agata dei Goti but resigned after 13 years to resume his work with his Redemptorist confreres.

+ After suffering from debilitating arthritis for several years, Saint Alphonsus Liguori died in 1787. Canonized in 1839, he was declared a Doctor of the Church in 1871.

+ Saint Alphonsus is honored as the patron saint of moral theologians and those suffering from arthritis.

To learn more about the Redemptorist Fathers and Brothers, visit: www.redemptoristvocations.com

O God, who constantly raise up in your Church new examples of virtue,
grant that we may follow so closely in the footsteps
of the Bishop Saint Alphonsus in his zeal for souls
as to attain the same rewards that are his in heaven.
Through our Lord Jesus Christ, your Son,
who lives and reigns with you in the unity of the Holy Spirit,
one God, for ever and ever. Amen.