Saturday, August 29
The Passion of Saint John the Baptist

Murdered because of his commitment to truth 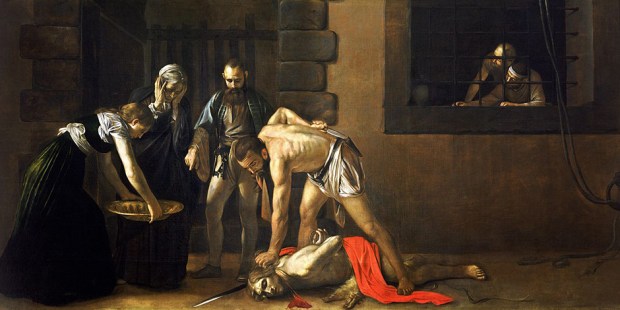 The origin of the celebration

+ On this day, the Church commemorates the martyrdom of John the Baptist, which take place around the year 29.

+ According to the Gospels, King Herod was entertained by a dance his performed by the girl Salome on the occasion of his birthday. Herod promised to give the girl whatever she ask. Prompted by her mother, the girl asked for the head of the Baptist on a platter.

+ Against his inclination, Herod had John beheaded.

+ Early tradition states that John was buried in Sebaste and that his tomb and relics were desecrated by the emperor Julian the Apostate in 362.

+ Because of he died for his commitment to the truth and his willingness to take a prophetic stance against the abuse of power, Christians have always honored Saint John the Baptist as a martyr.

+ John the Baptist ranks as one of the Church’s greatest saints and his name is included in the Roman Canon (the First Eucharistic Prayer).

On this day, we also remember Saint Jeanne Jugan. After dedicating herself to caring for the sick and poor, she established the Little Sisters of the Poor to continue this good work. After years of service and suffering, she died on August 29, 1879, and was canonized in 2009.

O God, who willed that Saint John the Baptist
should go ahead of your Son
both in his birth and in his death,
grant that, as he died a Martyr for truth and justice,
we, too, may fight hard
for the confession of what you teach.
Through our Lord Jesus Christ, your Son,
who lives and reigns with you in the unity of the Holy Spirit,
one God, for ever and ever. Amen.