Saturday, June 13
Saint of the Day: St. Anthony of Padua

Patron of the Poor and of Lost Items 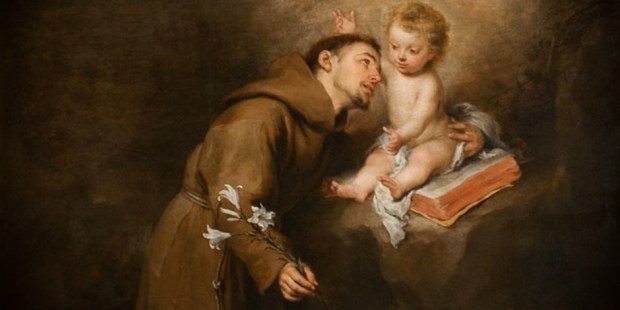 + Anthony was born in Lisbon, Portugal, and became an Augustinian Canon in the Monastery of San Vicente as a young man. While studying Scripture, he had a chance meeting with two Franciscan friars who inspired him to enter the Order of Friars Minor in 1220.

+ Recognizing Anthony’s intellectual gifts, Saint Francis of Assisi himself appointed Anthony to teach theology to the friars and he is credited with the beginnings of the intellectual tradition in the Franciscan Order.

+ Anthony was a beloved preacher and traveled through northern Italy and southern France. He returned to Italy in 1227 and eventually settled in Padua.

+ Saint Anthony died in Padua in 1231 and was canonized only one year after his death. He was declared a Doctor of the Church in 1946. He is one of the most beloved saints in the Church is honored as a particular patron of the poor.

For centuries, Christians have called upon Saint Anthony’s help to find lost objects. This tradition goes back to early accounts of the life of Saint Anthony, who helped discover the whereabouts of a stolen psalter.

Almighty ever-living God,
who gave Saint Anthony of Padua to your people
as an outstanding preacher
and an intercessor in their need,
grant that, with his assistance,
as we follow the teachings of the Christian life,
we may know your help in every trial.
Through our Lord Jesus Christ, your Son,
who lives and reigns with you in the unity of the Holy Spirit,
one God, for ever and ever. Amen.