Saturday, May 9
Saint of the Day: The Prophet Isaiah 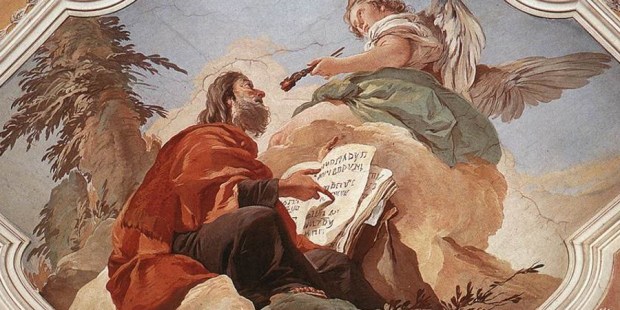 + The opening verse of the Book of Isaiah tells us that Isaiah, “son of Amoz,” prophesied during the reigns of Judahite kings Uzziah, Jotham, Ahaz, and Hezekiah. This information helps to provide the historical period in which Isaiah was active.

+ Although biblical scholars almost unanimously agree that the Book of Isaiah that has come down to us is a composite work by three authors, the prophecies of Isaiah call on the people to recognize God as “the Holy One of Israel” who demands justice for the people.

+ The goal of Isaiah, in both the warnings and admonitions of the text, is to “give the people of Judah and Jerusalem hope for the future and the will to re-embrace their ancestral religious traditions” (Leslie Hoppe, OFM, in Isaiah).

+ The prophecies of Isaiah have had a profound on influence on the Christian Scriptures, particularly in our understanding of the person and sufferings of Jesus and God’s ongoing action in the world (especially in the Vatican II constitution Gaudium et Spes, no 70).

+ According to ancient Jewish traditions, Isaiah died a martyr during the reign of King Manasseh.

“Endowed with the gift of prophecy,

You made clear to all the incarnation of Christ

By proclaiming with great voice:

‘Behold, the Virgin shall conceive in her womb.’”—Kontakion for the Feast of the Prophet Isaiah from the Orthodox Church

On this day, we also remember Blessed Maria Theresia (Karolina) Gerhardinger, the foundress of the School Sisters of Notre Dame. She was died in 1879 and was beatified in 1985.

O God, who in your Saints have given an example and brought us protection in our weakness to help us tread the path of salvation, mercifully grant that we, who honor the heavenly birthday of blessed Isaiah, may, through his example, make our way to you. Through our Lord Jesus Christ, your Son, who lives and reigns with you in the unity of the Holy Spirit, one God, for ever and ever. Amen.