“A Heart for Africa” 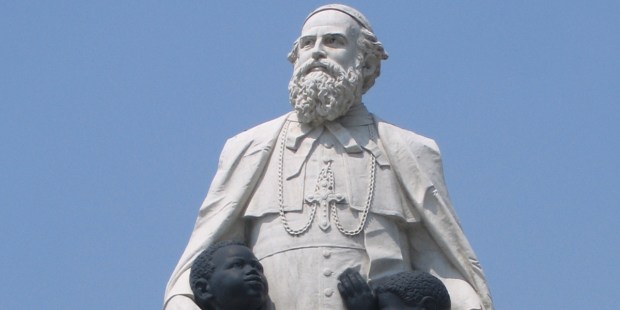 + Daniel was born in Limone sul Garda, Italy. Educated in a seminary for missionary-priests, he studied theology, medicine, and a number of languages. He was ordained a priest in 1854.

+ In 1857, Daniel was assigned to serve in Sudan, but he returned to Italy in 1859 because of ill health. He began to write about the needs in Africa, arguing that the Africans must be treated as adults, not as children needing guidance from cultured Europeans (an attitude which was in stark contrast to the colonialist attitudes of the day). He traveled throughout Europe raising money for the missions. His motto was “Save Africa with Africa.”

+ He encouraged the First Vatican Council to be attentive to the needs of the Church in Africa and, in 1872, he was named Pro-vicar Apostolic of Central Africa. He was named bishop of Khartoum (Sudan) in 1877.

+ Bishop Comboni helped combat the slave trade in the region and his own research and writings helped linguists understand many of the local dialects.

+ Saint Daniel Comboni died on October 10, 1881, and was canonized in 2003. Today the Comboni Missionaries serve in 41 countries.

“Missionary activity is nothing else and nothing less than an epiphany, or a manifesting of God's decree, and its fulfillment in the world and in world history, in the course of which God, by means of mission, manifestly works out the history of salvation. By the preaching of the word and by the celebration of the sacraments, the center and summit of which is the most holy Eucharist, He brings about the presence of Christ, the author of salvation.”—Second Vatican Council, Ad Gentes

O God, who gave increase to your Church through the zeal for religion and apostolic labors of blessed Daniel Comboni, grant, through his intercession, that she may always receive new growth in faith and in holiness. Through our Lord Jesus Christ, your Son, who lives and reigns with you in the unity of the Holy Spirit, one God, for ever and ever. Amen.

(from The Roman Missal: Common of Pastors—For a Missionary)