Saturday, October 17
Saint of the Day: St. Ignatius of Antioch 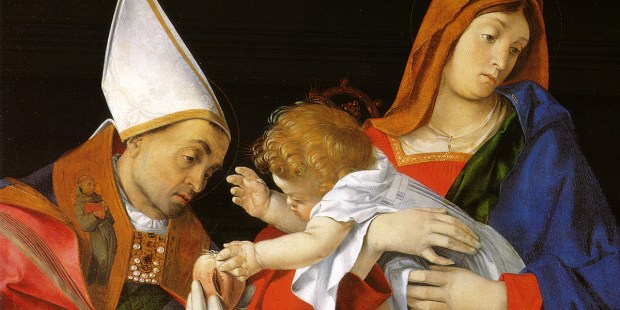 + According to ancient tradition, Ignatius was a disciple of Saint John the Evangelist and became bishop of Antioch around the year 69.

+ In 107, Ignatius was arrested and brought before the emperor Trajan, who was visiting Antioch. Having confessed Christ, Ignatius was condemned to be taken to Rome for execution.

+ While on the way to Rome, he met Saint Polycarp and was warmly received by the churches along the way. During his journey he wrote seven letters to the churches in Asia Minor and the Christian in Rome. These letters show that Ignatius was a deeply spiritual and learned man with a strong desire for martyrdom.

+ In his teachings, Ignatius stressed the true humanity and divinity of Jesus and recognized that Jesus’ death and resurrection is the source of new life for Christians.

+ Upon arriving in Rome, Saint Ignatius of Antioch was thrown to lions and died almost immediately in the Colosseum in Rome.

+ Celebrated by the Church since the third century, he is honored with the title Theophorus (“God-bearer”) and his name is included in the Roman Canon (the First Eucharistic Prayer).

“Love one another with an undivided heart. Let my spirit be sanctified by yours, not only now, but also when I shall attain to God… In [Jesus Christ] may you be found unblemished.”—Saint Ignatius of Antioch, Letter to the Trallians

Almighty ever-living God,
who adorn the sacred body of your Church
with the confessions of holy Martyrs,
grant, we pray,
that, just as the glorious passion of Saint Ignatius of Antioch,
which we celebrate today,
brought him eternal splendor,
so it may be for us unending protection.
Through our Lord Jesus Christ, your Son,
who lives and reigns with you in the unity of the Holy Spirit,
one God, for ever and ever. Amen.