The Octave of Easter 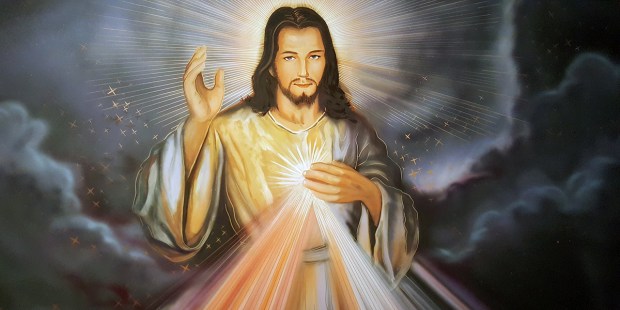 + On the Second Sunday of Easter—the Octave of Easter—the Church proclaims the story of the appearance of the Risen Lord to the Apostles, including Thomas, who comes to believe that the Lord has truly been raised.

+ Jesus responds to Thomas’ declaration of faith by declaring, “Blessed are those who have not seen and yet believe” (John 20:29).

+ During the Jubilee Year in 2000, Pope Saint John Paul II designated the Second Sunday of Easter as the Feast of Divine Mercy.

“God raised up Jesus on the third day and granted that he be seen, not by all, but only by such witnesses as had been chosen beforehand by God - by us who ate and drank with him after he rose from the dead. He commissioned us to preach to the people and bear witness that he is the one set apart by God as judge of the living and the dead. To him all the prophets testify, saying that everyone who believes in him has forgiveness of sins through his name.” - Acts 10:40b-43

Today we also remember Saint Martha of Persia. The daughter of the martyr Saint Pusicio, Martha was a consecrated virgin or nun who was martyred on Easter Sunday 341 during the persecutions of King Shapur II.

who in the very recurrence of the paschal feast
kindle the faith of the people you have made your own,
increase, we pray, the grace you have bestowed,
that all may grasp and rightly understand
in what font they have been washed,
by whose Spirit they have been reborn,
by whose Blood they have been redeemed.
Through our Lord Jesus Christ, your Son,
who lives and reigns with you in the unity of the Holy Spirit,
one God, for ever and ever.
May the Lord bless us, protect us from all evil and bring us to everlasting life. Amen.

(from The Liturgy of the Hours)