Sunday, August 23
Saint of the Day: St. Rose of Lima 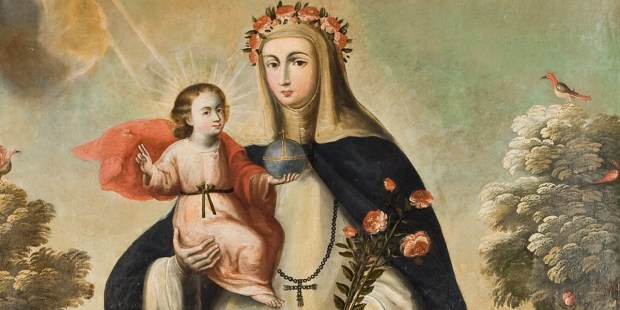 + Isabel de Flores, called Rose by her mother and confirmed with that name by Saint Turibius of Mogrovejo, was born in Lima, Peru.

+ She took a vow of virginity at an early age, she became a Dominican tertiary at the age of twenty and lived as a recluse in a summerhouse in the garden of her family home.

+ Known for her extreme penances, she sought to model her life on that of Saint Catherine of Siena.

+ Rose worked to support her family, doing embroidery and needlework and by growing flowers to sell. She was especially loved by the local community because of the care she showed for the poor, the indigenous peoples, and slaves. She has come to be celebrated as the first social worker in Peru.

+ Honored as a saint immediately after her death in 1617, Rose of Lima was canonized in 1671, becoming the first person from the Americas to be honored among the saints. She is the patron of Peru and all of Central and South America.

O God, you set Saint Rose of Lima on fire with your love,

so that, secluded from the world
in the austerity of a life of penance,
she might give herself to you alone;
grant, we pray, that through her intercession,
we may tread the paths of life on earth
and drink at the stream of your delights in heaven.
Through our Lord Jesus Christ, your Son,
who lives and reigns with you in the unity of the Holy Spirit,
one God, for ever and ever. Amen.