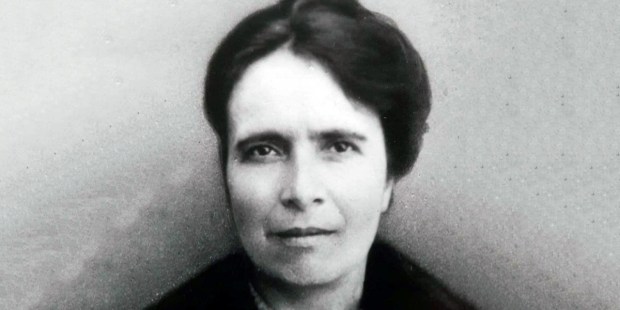 + Edvige was born in Pozzomaggiorage, Italy. Although she felt called to religious life at an early age, she left school in the fourth grade to stay home with her chronically ill mother. She was known to devote her free time to prayer.

+ In 1911, she received the stigmata. Although she tried to hide it, the signs of this grace became known to others.

+ Edvige moved to Rome shortly before the outbreak of the Second World War and she spent the war years dedicating herself to charitable acts and praying for those who had died.

+ Known as a visionary, she reported visions of Jesus and various saints, including Saint Anne, Saint Catherine of Siena, Saint Francis of Assisi, Saint Paul the Apostle, Saint Rita, and Saint Therese of Lisieux.

+ During the final years of her life, Edvige spent her time teaching catechism and caring for the poor and sick.

“Even from her human and Christian lived experience, there emerge facts that make her witness more relevant than ever: Edvige is a valid point of reference for women of today, of every age and every social level. Her simple and profound spiritual experience, marked by charity without limits, boundless humility and ceaseless prayer, is a model that remains current, as it demonstrates that even in a simple and ordinary life, it is possible to experience a solid communion with God and an apostolate characterized by the passion for wounded and disadvantaged humanity”—Cardinal Giovanni Angelo Becciu at the Beatification of Blessed Edvige Carboni

Hear us, God our Savior, that, as we rejoice in commemorating the Virgin blessed Edvige, we may be instructed by her loving devotion. Through our Lord Jesus Christ, your Son, who lives and reigns with you in the unity of the Holy Spirit, one God, for ever and ever. Amen.

(from The Roman Missal: Common of Virgins)