Sunday, January 26
Saint of the Day: Sts. Timothy and Titus 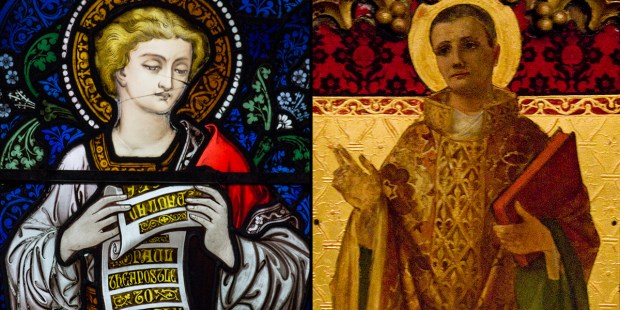 + According to the New Testament Timothy was the child of a Greek father and a Jewish mother, Eunice, who eventually became a Christian. Saint Paul tells us that Timothy’s grandmother, Lois, was also instrumental in Timothy’s growth in the Christian Faith.

+ Timothy became a Christian during Paul’s first missionary journey and was highly recommended to Paul by the Christian community at Lystra.

+ Timothy later traveled to Macedonia, Thessalonica, and Corinth. On two occasions when Paul was imprisoned, Timothy was sent to give him support. According to ancient tradition, Timothy became the bishop of Ephesus.

+ Titus was born to a pagan family and, like Saint Timothy, was a convert of Saint Paul.

+ He accompanied Paul and Barnabas to the Council of Jerusalem, where Paul received official approbation to proclaim the Gospel among the Gentiles.

+ Paul later expressed great trust in Titus as an intermediary in working for peace in the church at Corinth. Tradition relates that Titus later served as bishop of the Christian community in Crete.

“For this reason, I remind you to stir into flame the gift of God that you have through the imposition of my hands. For God did not give us a spirit of cowardice but rather of power and love and self-control.”—2 Timothy 1:6-7

Today we also remember Saint Conan of Iona. A monk and spiritual teacher of Saint Fiacre (the patron of gardeners), he later served as a missionary and bishop of the Southern Hebrides and the Isle of Man. Saint Conan died around the year 648.

O God, who adorned Saints Timothy and Titus
with apostolic virtues,
grant, through the intercession of them both,
that, living justly and devoutly in this present age,
we may merit to reach our heavenly homeland.
Through our Lord Jesus Christ, your Son,
who lives and reigns with you in the unity of the Holy Spirit,
one God, for ever and ever. Amen.