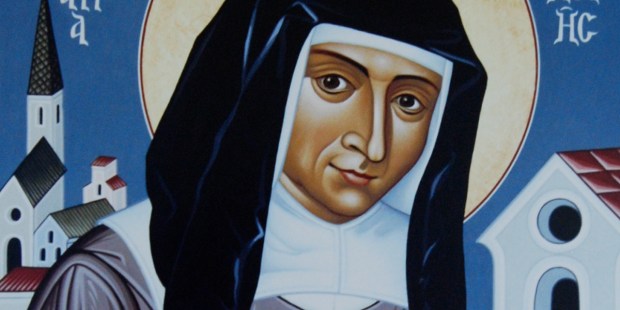 + In 1604, following the death of her wealthy father, she was entrusted to the care of a “poor spinster” who ran an orphanage. Despite these challenges, she received a decent education and grew in her spiritual life. We can imagine these early hardships helped foster the spirit of compassion that would be a hallmark of her later life and ministry.

+In 1613, she married Antoine Le Gras, a member of the royal court. As a wife and mother, she fulfilled her duties at court and still found time to care for the poor. During this time, Louise asked Saint Vincent de Paul to be her spiritual director.

+ Following the collapse of her family’s fortunes and by her husband’s illness, Louise battled depression; Antoine died in 1625.

+In time, Louise was inspired by the example of Saint Vincent de Paul to bring together a group of women to share in Saint Vincent’s mission to the poor. This was the foundation of the Daughters of Charity.

+ Louise served as the “Sister Servant”—superior—of the Daughters of Charity from 1634 until her death in 1660. She was canonized in 1934. She is honored as the patron saint of social workers.

“May my life be solely for Jesus and my neighbor so that, by means of this unifying love, I may love all that Jesus loves.”—Saint Louise de Marillac

To learn more about the Daughters of Charity, visit: www.daughters-of-charity.com

the source and reward of love,

through your Son who became man

you gave the new commandment of love to your Church.

and by practicing your love on earth

may we obtain the kingdom promised to your servants who are faithful.

who lives and reigns with you in the in the unity of the Holy Spirit,

(Collect for the Memorial of St. Louise de Marillac for use by the Congregation of the Missions [the Vincentians])