Sunday, May 10
Saint of the Day: St. Damien de Veuster

“Apostle to the Lepers” 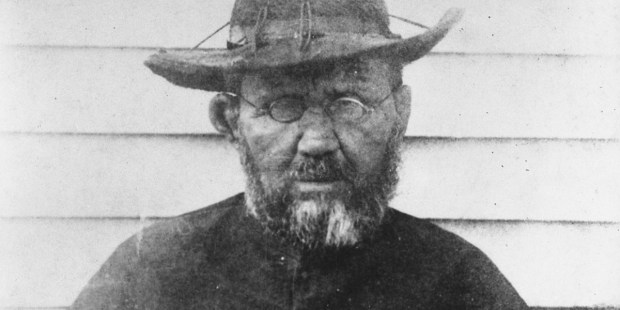 + Damien was born in Tremeloo, Belgium. Following the example of an elder brother, Damien entered the Congregation of the Sacred Hearts (commonly known as the “Picpus Fathers”).

+ After making final vows, Damien volunteered to serve in his community’s missions in Hawaii, arriving in Honolulu on March 19, 1864. Damien was ordained a priest two days later. He spent eight years serving in several villages on the Island of Hawaii.

+ In 1873, Father Damien volunteered to work among the patients of Hansen’s Disease (commonly known as lepers) exiled to the Island of Moloka’i. He spent the rest of his life serving there, seeing each patient as another Christ, offering respect, kindness, and courtesy.

+ Three years later, Damien began to show signs of the disease, but he nevertheless continued his ministry. At this time, he was joined by a group of Franciscan Sisters from Syracuse, New York, led by Mother Marianne Cope.

“I would gladly give my life for them. I do not spare myself when it is necessary to go on a sick call that takes me twenty to twenty-five miles away.”—Saint Damien de Veuster

Marianne Cope, who traveled with that first group of Franciscan Sisters to Moloka’i, had intended to stay only a short time. Moved by what she found there, however, she decided to stay and commit herself to the service of patients of Hansen’s Disease. She was canonized in 2012.

Father of mercy,
who gave us in Saint Damien a shining witness of love
for the poorest and most abandoned,
grant that, by his intercession,
as faithful witnesses of the heart of your Son Jesus,
we too may be servants of the most needy and rejected.

Through our Lord Jesus Christ, your Son,
who lives and reigns with you
in the unity of the Holy Spirit,
one God, forever and ever. Amen.