The Patron Saint of Preachers 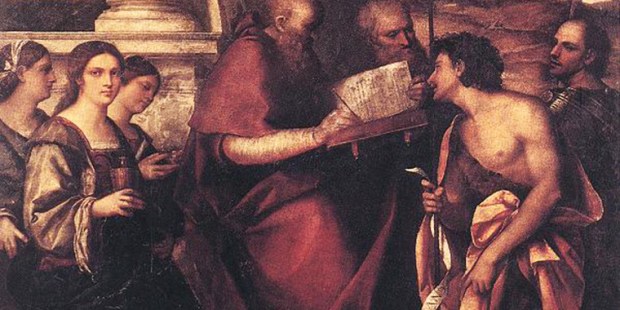 + John was born in Antioch but left the city while still a young man to live as a hermit in the desert. Due to poor health, he returned the city and was ordained a priest. He became known as a gifted preacher.

+ Consecrated archbishop of Constantinople, he continued preaching, setting high moral standards in a city that was highly politicized and dominated by the wealthy.

+ On two separate occasions John was forced into exile by the imperial court and the jealousy of his enemies. He died in exile in 408. After his death, his body was returned to Constantinople in a solemn procession and he was mourned by many who knew and loved him.

+ His surname “Chrysostom” (meaning “golden-mouthed”) was given to him in the sixth century in honor of his eloquence and wisdom.

“Prayer is the place of refuge for every worry, a foundation for cheerfulness, a source of constant happiness, a protection against sadness.”—Saint John Chrysostom

On this day, we also remember Blessed Margaret of Cashel. A laywoman of the diocese of Cashel, Ireland, she was martyred for her adherence to the Catholic Faith in 1647. She was beatified with other Irish martyrs in 1992.

O God, strength of those who hope in you,
who willed that the Bishop Saint John Chrysostom
should be illustrious by his wonderful eloquence
and his experience of suffering,
grant us, we pray,
that, instructed by his teachings,
we may be strengthened through the example
of his invincible patience.
Through our Lord Jesus Christ, your Son,
who lives and reigns with you in the unity of the Holy Spirit,
one God, for ever and ever. Amen.