Thursday, April 23
Saint of the Day: Popes Soter and Caius

Celebrated together for more than 1500 years 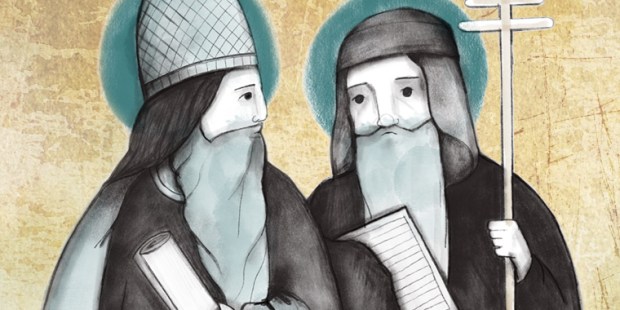 + Soter was elected to succeed Saint Anicetus as the bishop of Rome around the year 166.

+ It was during the reign of Pope Soter that the annual celebration of Easter was introduced in Rome.

+ Although ancient sources purport that he spent eight years hiding in Rome’s catacombs, modern scholars believe that his papacy was marked by a period of relative peace and growth for the Church in Rome.

+ Although there is nothing linking these two popes, they have been celebrated in a common liturgical celebration since the fourth century.

“Priests of the Lord, bless the Lord; praise and exalt him above all for ever.”—Daniel 3:84

O God, who to pasture your people filled the Bishops blessed Soter and Caius with a spirit of truth and of love, grant that, as we celebrate their feast day with honor, we may benefit by imitating them and be given relief through their intercession. Through our Lord Jesus Christ, your Son, who lives and reigns with you in the unity of the Holy Spirit, one God, for ever and ever. Amen.

(from The Roman Missal: Common of Pastors—For Several Pastors)