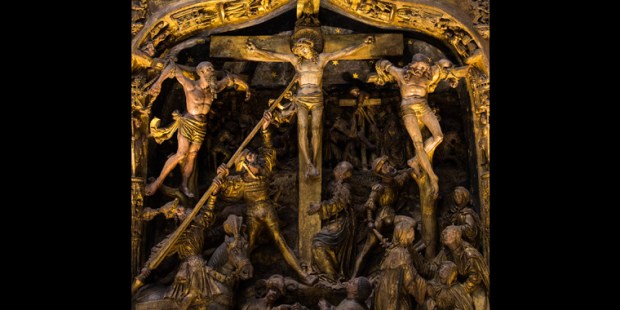 + Between 1597 and 1640, a fierce persecution of Christians in Japan claimed the lives of thousands of priests, religious, and lay Christians.

+ On this day, the Church honors twenty-six martyrs who were killed in 1597.

+ After enduring torture and physical mutilation, the martyrs were paraded through a umber of villages before being taken to a hill overlooking the city of Nagasaki, where they were tied to crosses and impaled with lances.

+ This group includes, Japanese, Spanish, Mexican, and Indian religious, and a number of Japanese catechists, as well as three children who had served as altar boys for the missionary-priests.

+ Named for the Japanese Jesuit priest Paul Miki, these “Martyrs of Nagasaki” were canonized in 1861 and are honored as the “protomartyrs” of the Far East and as the patron saints of Japan.

+ Among the martyrs honored today is the Mexican Franciscan friar Saint Philip of Jesus. He is the first Mexican to be honored as a saint and is honored as the patron of Mexico City.

“My religion teaches me to pardon my enemies and all who have offended me.”—Saint Paul Miki

February 6 is the traditional date of the commemoration of Saint Dorothy of Caesarea. Although her life is shrouded in legend—and some scholars question the fact of her existence—she was a popular virgin-martyr in the Early Church and she is honored as a patroness of gardeners. Today women across the world serve God and the Church as vowed members of various congregations of “Sisters of St. Dorothy,” named in honor of this saint.

O God, strength of all the Saints,
who through the Cross were pleased to call
the Martyrs Saint Paul Miki and companions to life,
grant, we pray, that by their intercession
we may hold with courage even until death
to the faith that we profess.
Through our Lord Jesus Christ, your Son,
who lives and reigns with you in the unity of the Holy Spirit,
one God, for ever and ever. Amen.