The Feast of the Brown Scapular 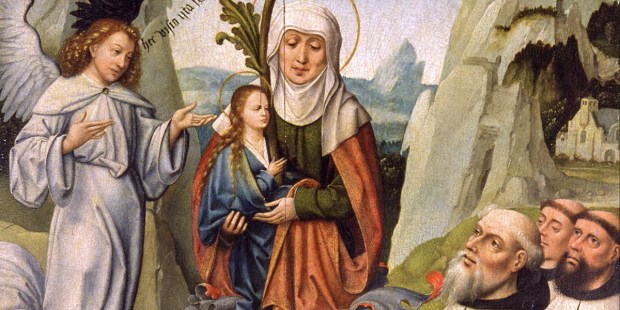 + This title of Mary refers to the origins of the ancient Carmelite Order, whose first members lived as hermits on Mount Carmel in Palestine.

+ The hermits’ first chapel on Mount Carmel was dedicated to Mary, the Mother of Jesus. In time, the hermits left Mount Carmel and became itinerant beggars, spreading their way of life and spirituality throughout Europe.

+ According to legend, the Blessed Virgin appeared to Saint Simon Stock, a Carmelite priest, in England on July 16, 1251, presenting him with the brown Carmelite scapular. In time, devotion to “Our Lady of Mount Carmel” and the brown scapular spread throughout the world.

+ Although this is the patron feast of the Carmelite Order, the Church’s liturgy on this day focuses more broadly on Mary’s role as intercessor and protector of Christians.

“The Scapular is essentially a habit which evokes the protection of the Blessed Virgin Mary in this life and in the passage to the fullness of eternal glory. The Scapular also reminds us that the devotion to her must become a ‘uniform,’ that is a Christian life-style, woven of prayer and interior life.”—Pope Saint John Paul II

May the venerable intercession of the glorious Virgin Mary
come to our aid, we pray, O Lord,
so that, fortified by her protection,
we may reach the mountain which is Christ.
Who lives and reigns with you in the unity of the Holy Spirit,
one God, for ever and ever. Amen.