Thursday, May 14
Saint of the Day: The Feast of Saint Matthias

“Witness of the Lord’s Ministry and Resurrection” 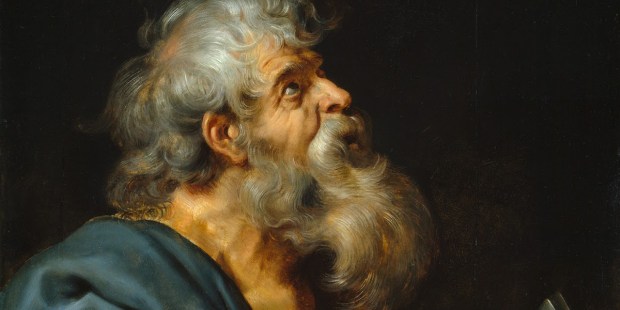 + Matthias was chosen to take the place of Judas Iscariot as one of the Twelve Apostles (Acts 1:15-26) and he was present on Pentecost when the Holy Spirit descended upon the Apostles.

+ According to some ancient traditions, Matthias preached the Gospel in Ethiopia. Other traditions say that he ministered in the region of Cappadocia (in modern-day Turkey).

+ Saint Matthias is honored as a martyr and his relics are enshrined in the Abbey of St. Matthias in Trier, Germany.

“While there is no lack of unworthy and traitorous Christians in the Church, it is up to each of us to counterbalance the evil done by them with our clear witness to Jesus Christ, our Lord and Savior.”—Pope Benedict XVI

Today the Church also remembers Saint Mary Mazzarello, a collaborator of Saint John Bosco and foundress of the Salesian Sisters (officially the Daughters of Mary, Help of Christians). Saint Mary Mazzarello died in 1881 and was canonized in 1951. For information about the Salesian Sisters, click the following links: Eastern Province and Western Province.

O God, who assigned Saint Matthias
a place in the college of Apostles,
grant us, through his intercession,
that, rejoicing at how your love has been allotted to us,
we may merit to be numbered among the elect.
Through our Lord Jesus Christ, your Son,
who lives and reigns with you in the unity of the Holy Spirit,
one God, for ever and ever. Amen.