The Patron Saint of Sussex 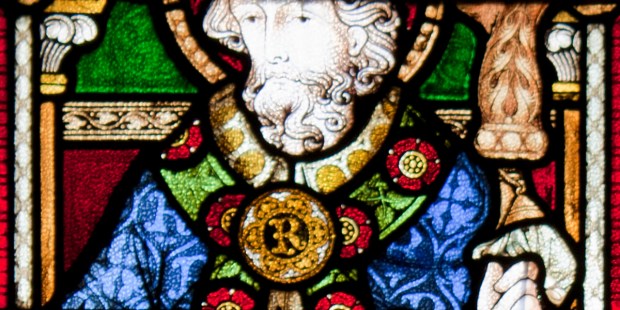 + Richard was born in Worcestershire, England, around 1197. After studying in Oxford and Paris, he was named chancellor of Oxford University.

+ His work at the university attracted the attention of the archbishop of Canterbury, Saint Edmund Abingdon, who appointed him chancellor of the diocese.

+ Following Edmund’s death, Richard was ordained a priest and became involved in a power struggle between the new archbishop and King Henry III over who would serve as bishop of Chichester. In 1245, Pope Innocent IV decided that Richard would fill the post.

+ Despite the opposition of the king, Richard served as best he could, but it would be two more years before he could fully assume his duties as bishop.

+ A gifted administrator, he was concerned that the clergy were adequately trained and that the laws concerning benefices and clerical celibacy were properly observed.

On this day the Church also honors the memory of two laymen who were martyred in Cheongju, (South) Korea on April 3, 1799: Blessed Jacobus Won Si-bo and Blessed Lawrence Pak Chwi-deuk. They were beatified with other Korean martyrs in 2014.

“This is the steward, faithful and prudent, whom the Lord set over his household to give them their allowance of food at the proper time, alleluia.”–Entrance Antiphon for the Common of Pastors (during the Easter Season)

Thanks be to Thee, my Lord Jesus Christ For all the benefits Thou hast given me, For all the pains and insults Which Thou has borne for me. O most merciful Redeemer, Friend, and Brother, May I know Thee more clearly, Love Thee more dearly, Follow Thee more nearly, Day by day. Amen.

(A prayer attributed to Saint Richard of Chichester)