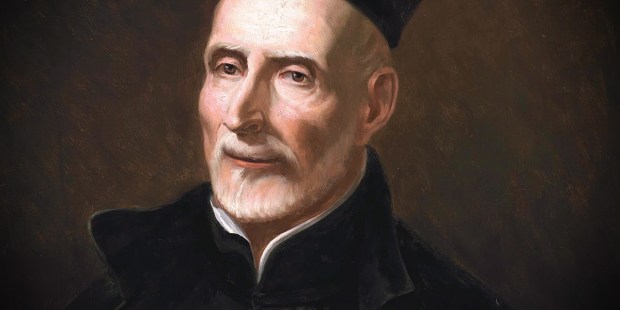 + Joseph was born in Aragon, Spain, and was ordained a priest in 1583.

+ In 1592, he resigned his post and gave his wealth to poor so he could begin serving the uneducated poor in Rome. Alongside his friend Saint Camillus de Lellis, Joseph served the plague-stricken in Rome in 1595, but soon returned to his ministry of teaching.

+ Joseph opened a free school in 1597, creating what became the first free public school in Europe. The school was such a success that Joseph enlisted the help of other men, laying the foundation for a new religious order: the Clerks Regular of the Mother of God of the Pius Schools (the “Piarists”). The members of the community take a distinctive fourth vow to educate the poor.

+ Joseph suffered greatly because of tensions within his community and some of his confreres even denounced him to the Inquisition. Because of dissension within the community, the Piarists were disbanded in 1646.

+ Saint Joseph Calasanz died in 1648. The Piarists were reestablished in 1656. Their founder was canonized in 1767 and is honored as the patron of Christian schools.

+ August 25 is also celebrated as the Commemoration of Saint Louis IX, King of France.

“Everyone knows the great merit and dignity attached to that holy ministry in which young boys, especially the poor, receive instruction for the purpose of attaining eternal life… all who undertake to teach must be endowed with deep love, the greatest of patience, and, most of all profound humility.”—Saint Joseph Calasanz

August 25 is also celebrated as the optional memorial of Saint Louis IX, patron saint of France and Franciscan Tertiaries.

To learn more about the life and ministry of the Piarists, visit: http://piarist.info/

O God, who adorned the Priest Saint Joseph Calasanz
with such charity and patience
that he labored tirelessly
to educate children and endow them with every virtue,
grant, we pray, that we, who venerate him as a teacher of wisdom,
may constantly imitate him,
for he was a co-worker of your truth.
Through our Lord Jesus Christ, your Son,
who lives and reigns with you in the unity of the Holy Spirit,
one God, for ever and ever. Amen.