First United States citizen to be honored as a martyr 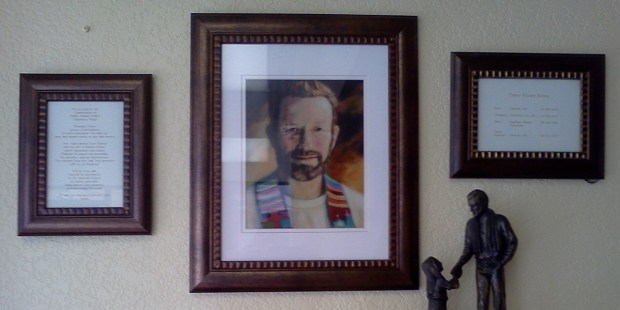 + Stanley was born to a family of farmers in Okarche, Oklahoma.

+ After completing high school, he began seminary studies in San Antonio, although he had a difficult time with his coursework, especially learning Latin. After consultation, he transferred to Mount St. Mary’s Seminary in Emmitsburg, Maryland, and was ordained in 1963.

+ After serving at various parishes in Oklahoma, he began serving as a missionary in Santiago Atitlán, Guatemala in 1968.

+ Stanley learned both Spanish and the language of the local Tz’utujil people to prepare for his ministry and he eventually became skilled enough in the local dialect that he was able to preach comfortably. During this period he supported a radio station at the mission and translated the New Testament in to Tz’utujil; he also established a small hospital in the village of Panabaj.

+ Because there was no equivalent to the name “Stanley” in the local language, the people called him “Padre Apla,” a version of “Father Francis,” taken from his middle name.

+ Known for his open heart and home, he was always available for the people.

+ As part of the increasing political turmoil and oppression in Guatemala, parishioners and catechists of Padre Apla were kidnapped and murdered and he himself was placed on a death list. Although he briefly fled Guatemala, he returned a short time later, noting that “the shepherd cannot run from his flock.”

+ On the morning of July 28, 1981, gunmen broke into Rother’s rectory and he was shot to death. He was one of ten priests killed in Guatemala that year.

+ Blessed Stanley Rother was recognized as a martyr by Pope Francis in 2016, clearing the way for his beatification, which took place on September 23, 2017.

“The reality is that we are in danger. But we don’t know when or what form the government will use to further repress the Church…. Given the situation, I am not ready to leave here just yet… But if it is my destiny that I should give my life here, then so be it.... I don’t want to desert these people, and that is what will be said, even after all these years. There is still a lot of good that can be done under the circumstances.”—Blessed Stanley Rother

Grant, we pray, almighty God, that we may follow with due devotion the faith of blessed

Stanley, who, for spreading the faith, merited the crown of martyrdom. Through our Lord Jesus Christ, your Son, who lives and reigns with you in the unity of the Holy Spirit, one God, for ever and ever. Amen.

(from The Roman Missal: Common of Martyrs—For a Missionary Martyr)