Tuesday, June 16
Saint of the Day: Sts Cyricus and Julitta 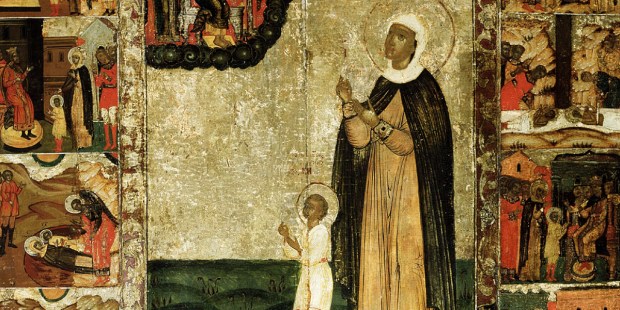 + According to ancient legends, Julitta and her child Cyricus (who is also known as Quiricus or Cyr) were Christians living in the city of Lycaonia in what is modern-day Turkey.

+ When the emperor Diocletian declared a systematic persecution of Christians, Julitta took Cyricus and fled the city, taking refuge in Tarsus. She was almost immediately arrested, however, and placed no trial for the crime of being a Christian.

+ Julitta was condemned to be tortured and her son was taken from her. Despite efforts to pacify the terrified child, he continued to call out and reach for his mother, declaring “I am a Christian, too!”

+ Outraged by the boy’s outburst, the governor hurled Cyricus to the ground and the child died immediately from the trauma to his skull.

+ Julitta was immediately executed and the governor ordered that her body and that of her son be thrown outside the city. The two bodies were recovered by pious women and reverently buried in a nearby field.

+ Devotion to Saints Julitta and Cyricus spread throughout Europe and the child martyr Cyricus came to be a special object of devotion.

“Even if before men, indeed, they be punished, yet is their hope full of immortality.”—Wisdom 3:4

May the sight of the great number of your holy Martyrs gladden us, O Lord, making our faith stronger and bringing us consolation by the prayers of them all. Through our Lord Jesus Christ, your Son, who lives and reigns with you in the unity of the Holy Spirit, one God, for ever and ever. Amen.