Tuesday, June 30
Saint of the Day: The First Martyrs of the Church of Rome

The First Martyrs of the Church of Rome 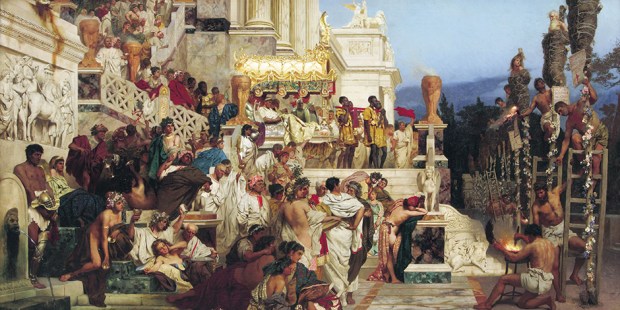 + This liturgical commemoration honors those Roman Christians who lost their lives by order of the Emperor Nero between the years 64 and 68.

+ Celebrated in Rome since 1923, this memorial was extended to the Universal Church in 1969 on the day following the solemn feast of the Apostles Peter and Paul who were martyred during the same persecution.

“Around [Peter and Paul]. with their holy lives gathered a great throng of the elect, who, though victims of jealousy, gave us the finest example of endurance in the midst of many indignities and tortures… But they courageously finished the course of faith and despite their bodily weakness won a noble prize.”—From a letter of Pope Saint Clement I to the Corinthians

the abundant first fruits of the Roman Church
by the blood of the Martyrs,
grant, we pray, that with firm courage
we may together draw strength from so great a struggle
and ever rejoice at the triumph of faithful love.
Through our Lord Jesus Christ, your Son,
who lives and reigns with you in the unity of the Holy Spirit,
one God, for ever and ever. Amen.