Tuesday, May 26
Saint of the Day: St. Philip Neri

Patron Saint of the City of Rome 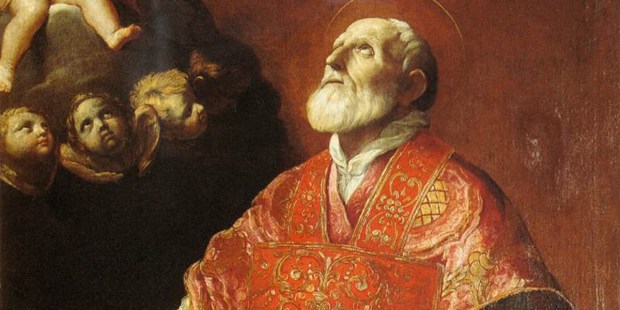 + For several years, he served the poor as a layman, forming a pious association to care for the poor and sick. He was ordained to the priesthood in 1551.

+ Philip formed a new religious community—the Congregation of the Oratory (commonly known as the “Oratorians”)—whose members are dedicated to spiritual reading, study, and works of charity.

+ This saint is especially remembered for his sense of humor and joy, as well as for his simple and straightforward spirituality.

“Cast yourself into the arms of God and be very sure that if he wants anything of you, He will fit you for the work and give you strength.”—Saint Philip Neri

To learn more about the Oratorians, visit one of the following links:

-The Oratory of Pittsburg, PA: www.pittsburghoratory.org

-The Oratory of Pharr, TX: www.oratoryschools.org

-The Oratory of Wilmette, IL: www.the-oratory.org

-The Oratory of Cincinnati, OH: http://www.spncincinnati.com

O God, who never ceases to bestow the glory of holiness

on the faithful servants you raise up for yourself,

that the Holy Spirit may kindle in us that fire

with which he wonderfully filled

the heart of Saint Philip Neri.