Died at Auschwitz on Easter Sunday 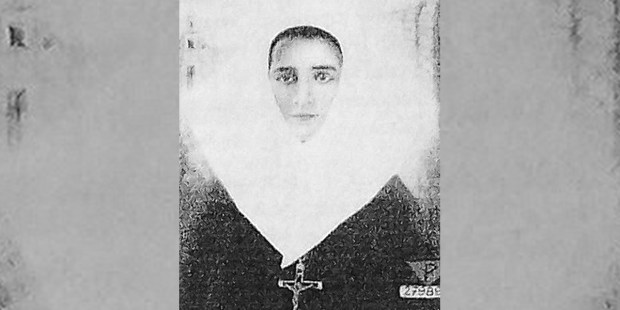 + Katharina was born in Zabrzez, Poland, and was raised by relatives after her parents died.

+ In 1930, she entered the Congregation of the Sisters Servants of Mary Immaculate, receiving the religious name “Celestyna.”

+ Sister Celestyna worked as a kindergarten teacher and catechist.

+ During the early years of the Second World War she was director of an orphanage, served as local superior of her community, and continued her work as a catechist.

+ She was arrested by the Gestapo on February 19, 1942, and was charged with conspiring against the Nazis.

+ Sister Celestyna was imprisoned in Jaslo and Tarnów, Poland, before being sent the concentration camp at Auschwitz. There, she was sentenced to hard labor. She eventually developed tuberculosis and typhoid. She died from her illness and the abuse of the camps on April 8, 1944; it was Easter Sunday. Her body was burned in the camps crematorium.

+ Blessed Celestyna Faron—who was remembered for her charity and courage, even in the face of death—was beatified with other Polish Martyrs of World War II in 1999.

“For your sake I bear insult,

and shame covers my face.
I have become an outcast to my brothers,
a stranger to my mother's sons,
because zeal for your house consumes me,
and the insults of those who blaspheme you fall upon me.”—Psalm 69:8-10

O God, who willed your Son to submit for our sake
to the yoke of the Cross,
so that you might drive from us the power of the enemy,
grant us, your servants, to attain the grace of the resurrection.
Through our Lord Jesus Christ, your Son,
who lives and reigns with you in the unity of the Holy Spirit,
one God, for ever and ever. Amen.

(from The Roman Missal: Collect for Wednesday of Holy Week)