Wednesday, February 12
Saint of the day: St. Julian the Hospitaller 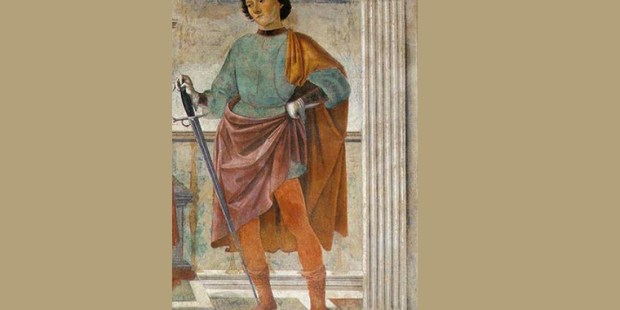 + The legend of Saint Julian was among the most popular stories of the Middle Ages and led to churches and hospitals being dedicated to him throughout Europe. Despite his popularity, however, we know nothing certain about him, including the dates in which he lived.

+ According to the story, Julian, blinded by rage, murdered his parents as they slept, believing he had stumbled upon his wife in bed with another man.

+ Realizing what he had done, he dedicated himself to a life of penance. He and his wife—who refused to leave his side—left their home and settled next to “a great river,” where they established a hospital for the poor and hospice for travelers.

+ Sometime later, the legend continues, Julian was awakened in the middle of a cold night by a voice crying out for help. Finding a man with leprosy nearly frozen to death, he disregarded the danger to himself and carried him into his house and placed the stranger in his own bed.

+ In the morning, Julian woke to find the man—now shining in heavenly light—ascending to heaven. As he vanished from sight, he told Julian that God had accepted his penance and that God would reward Julian and his wife for the care they showed to those in need.

“Let mutual love continue. Do not neglect hospitality, for through it some have unknowingly entertained angels.”—Hebrews 13:1-2

O God, who alone are holy and without whom no one is good, command, we pray, through the intercession of blessed Julian, that we be numbered among those who do not deserve to be deprived of your glory. Through our Lord Jesus Christ, your Son, who lives and reigns with you in the unity of the Holy Spirit, one God, for ever and ever. Amen.