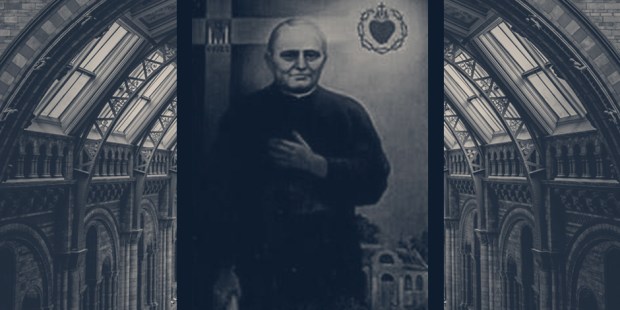 + Józef was born in Jerka, Wielkopolskie, Poland. The son of a poor family of farmers, he never completed elementary school.

+ After serving in the military, he joined the Brothers of the Sacred Heart of Jesus in 1927.

+ Brother Józef served the offices of the archbishop of Poznan, Poland, and as sacristan of St. Elizabeth Church in Lwów, Poland (modern-day Lviv, Ukraine).

+ Arrested by the Nazi Gestapo, Brother Józef deported and imprisoned in the Mathausen concentration camp, before being transferred to Dachau.

+ Brother Józef contracted typhus while caring for other sick prisoners suffering from the disease and died on February 19, 1945. He was beatified with other Polish martyrs of the Second World War in 1999.

“The Religious Brother, when rooted among the Christian people, receives the witness and support of other vocations. He is called to live in an integral and prophetic way the mystery of Christ and the Church within consecrated life, as a service to the entire People of God.”—The Identity and Mission of the Religious Brother in the Church, no. 8

The other Martyrs of the Second World War honored with Blessed Józef are celebrated in a common liturgical commemoration on June 12.

Almighty and merciful God, who brought your Martyr blessed Józef to overcome the torments of his passion, grant that we, who celebrate the day of his triumph, may remain invincible under your protection against the snares of the enemy. Through our Lord Jesus Christ, your Son, who lives and reigns with you in the unity of the Holy Spirit, one God, for ever and ever. Amen.

(from The Roman Missal: Common of Martyrs)