Friend and Host of Jesus 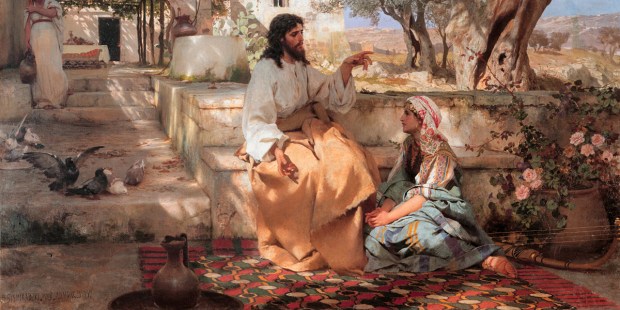 + Martha, along with her sister, Mary, and brother, Lazarus, were close friends who Jesus and welcomed him into their home.

+ Martha and Mary felt free to call on Jesus when Lazarus died and the Gospel of John records Jesus’ emotional response to the news of Lazarus’ death.

+ Martha showed her faith when she declared to Jesus, “Lord, I have come to believe that you are the Messiah, the Son of God, he who is to come into the world” (John 11:27).

+ Although we know nothing about the life of Saint Martha outside of what is contained in Scripture, ancient tradition relates that Martha, Mary, and Lazarus left Judea and settled in France. The purported tomb of Saint Martha can be found in the Collegiate Church in Tarascon, France.

+ Saint Martha is honored as the patron saint of homemakers, innkeepers, and domestic servants.

“Martha and Mary were sisters, related not only by blood but also by religious aspirations. They stayed close to our Lord and both served him harmoniously when he was among them. Martha welcomed him as travelers are welcomed. But in her case, the maidservant received her Lord, the invalid her Savior, the creature her Creator, to serve him bodily food while she was to be fed by the Spirit.”—Saint Augustine of Hippo

In 1900, 15 women in Nova Scotia responded to an invitation from the diocesan bishop to establish a new religious community dedicated to practical works of service. This community, the Sisters of St. Martha—known as “Marthas”—live their vocation by “hearing, embracing and responding to the cry for Gospel hospitality.”

More recently, the Congregation of Martha and Mary was founded in Jalapa, Guatemala, in 1979. Their way of life combines the contemplative live with active charity by caring for disabled children, orphans, the elderly, and those suffering from addiction. They run schools in some of Guatemala’s poorest and most neglected areas.

Almighty ever-living God,
whose Son was pleased to be welcomed
in Saint Martha’s house as a guest,
grant, we pray,
that through her intercession,
serving Christ faithfully in our brothers and sisters,
we may merit to be received by you
in the halls of heaven.
Through our Lord Jesus Christ, your Son,
who lives and reigns with you in the unity of the Holy Spirit,
one God, for ever and ever. Amen.