Wednesday, June 24
The Solemnity of the Nativity of St. John the Baptist

“A voice that lasted only for a time.” 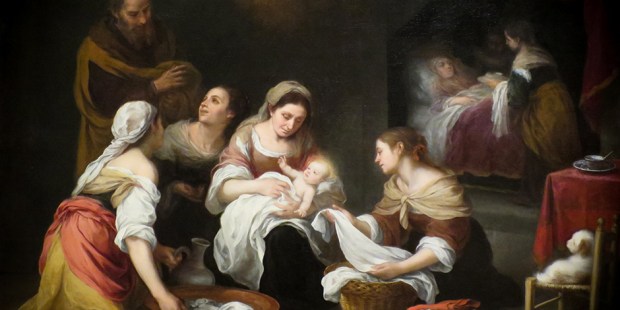 + Today’s celebration dates from the fourth century and is one of only three birthdays celebrated on the Church calendar, the other two being the Birth of Jesus on December 25 and the Birth of Mary on September 8.

+ Saint John the Baptist was a heroic prophet who was also humble enough to declare that he was unworthy to tie the strap of Christ’s sandal (John 3:30).

+ Jesus himself declared that “of all those born of women,” there was none greater than John the Baptist, the prophet chosen to prepare the way for the Lord. Saint John had the privilege of baptizing Jesus, marking the beginning of his public ministry.

+ Saint John the Baptist was beheaded by order of King Herod. His martyrdom is celebrated on August 29.

+ Saint John the Baptist is honored as the patron saint of Puerto Rico and Jordan and of numerous dioceses throughout the world.

In some European cultures, the Solemnity of the Birth of St. John the Baptist is often combined with earlier pre-Christian customs such as building bonfires and other customs associated with the Summer Solstice. In Christian tradition, this connection has often been associated with John the Baptist’s declaration that Jesus “must increase, while I decrease.” And so, at the time of the summer solstice, the longest day of the year, days begin to grow shorter—to decrease—while at Christmas, when we celebrate the coming of Christ into the world, the days begin to grow longer—to increase.

“John was a voice that lasted only for a time; Christ, the Word in the beginning, is eternal.”—Saint Augustine of Hippo

The Franciscan Friars (Province of St. John the Baptist): www.becomeafriar.org

The Scalabrinian Fathers and Brothers (Province of St. John the Baptist): www.vocations4migrants.org

The Sisters of St. John the Baptist: www.baptistines.org

Grant, we pray, almighty God,
that your family may walk in the way of salvation
and, attentive to what Saint John the Precursor urged,
may come safely to the One he foretold,
our Lord Jesus Christ.
Who lives and reigns with you in the unity of the Holy Spirit,
one God, for ever and ever. Amen.