Wednesday, June 3
Saints of the Day: St. Charles Lwanga and the Martyrs of Uganda 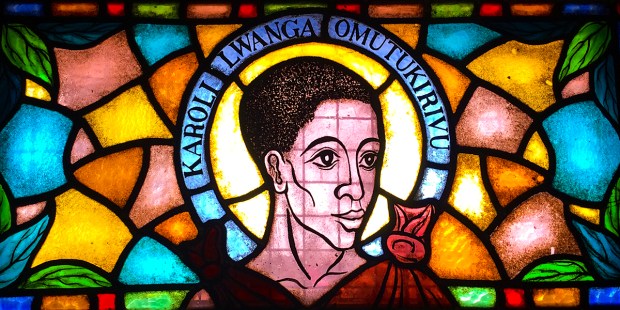 + Led by Charles Lwanga and Joseph Mukasa, the young men were killed because of their Christian Faith and their refusal to obey the immoral and abusive orders of the king. Also killed with the Catholic martyrs honored today, are a group of Anglican martyrs. All shared the same fate, regardless of their faith tradition.

+ Although the king believed the murders would bring an end to Christianity, the number of catechumens grew from 800 to 3,000 in the year after the martyrs’ deaths.

+ The Martyrs of Uganda were canonized in 1964, during the Third Session of the Second Vatican Council. Saint Charles Lwanga and his companions are honored as the patron saints of Equitorial Africa. The various churches of the Anglican Communion also honor the Martyrs of Uganda on this day.

“These African martyrs inaugurate a new age… Africa is the new country of Christ. A clear witness of this fact is the direct simplicity and unshakeable fidelity of these young African Christians.”—Pope Saint Paul VI

On this day we also remember the consecrated virgin and martyr Saint Paula of Nicomedia. Remembered for the care she showed for Christians imprisoned for their faith, she was killed for the crime of being a Christian in Constantinople in 273.

O God, who have made the blood of Martyrs
the seed of Christians,
mercifully grant that the field which is your Church,
watered by the blood
shed by Saints Charles Lwanga and his companions,
may be fertile and always yield you an abundant harvest.
Through our Lord Jesus Christ, your Son,
who lives and reigns with you in the unity of the Holy Spirit,
one God, for ever and ever. Amen.