Patron Saint of Poland and Lithuania 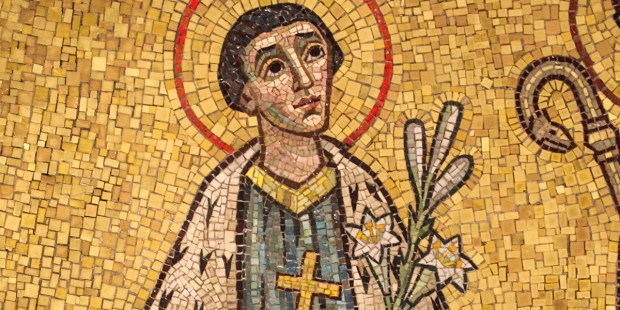 + Casimir was born in Krakow, Poland. The third child of Casimir IV, the king of Poland and Lithuania, he was educated at court but secretly fostered habits of penance and devotion.

+ Casimir was especially devoted to the Eucharist and the Blessed Virgin, in whose honor he is said to have composed the hymn Omne die dic Mariae (“Daily, daily sing to Mary”).

+ Casimir is especially remembered for his purity and single-minded devotion to the poor. He is also honored as an advocate for peace for his refusal to take part in the politics and power-plays of his father who urged Casimir to seize the throne of Hungary and Bohemia.

+ Saint Casimir died of tuberculosis in Vilnius, Lithuania, in 1484, at the age of twenty-five. He was canonized in 1602 and is honored as a patron saint of Poland and Lithuania.

“As a result nothing was more pleasant, nothing more desirable for him, than to share his belongings, and even to dedicate and give his entire self to Christ’s poor, to strangers, to the sick, to those in captivity and all who suffer.”—from an early life of Saint Casimir

Today we also honor the memory of Blessed Louise-Élisabeth de Lamoignon. Known in religious life as Mother Saint-Louis, she founded the Sisters of Charity of St. Louis for the care of poor girls. Blessed Mother Saint-Louis died in Vannes, France, in 1825 and was beatified in 2011.

In 1907, Venerable Maria Kaupas, a Lithuanian immigrant, founded a new community of religious sisters dedicated to this saint: the Sisters of St. Casimir. Today, the members of this community serve in various parts of the United States, Lithuania, and Argentina.

Almighty God, to serve you is to reign;
grant that, with the help of Saint Casimir's intercession,
we may constantly serve you in holiness and justice.
Through our Lord Jesus Christ, your Son,
who lives and reigns with you in the unity of the Holy Spirit,
one God, for ever and ever. Amen.