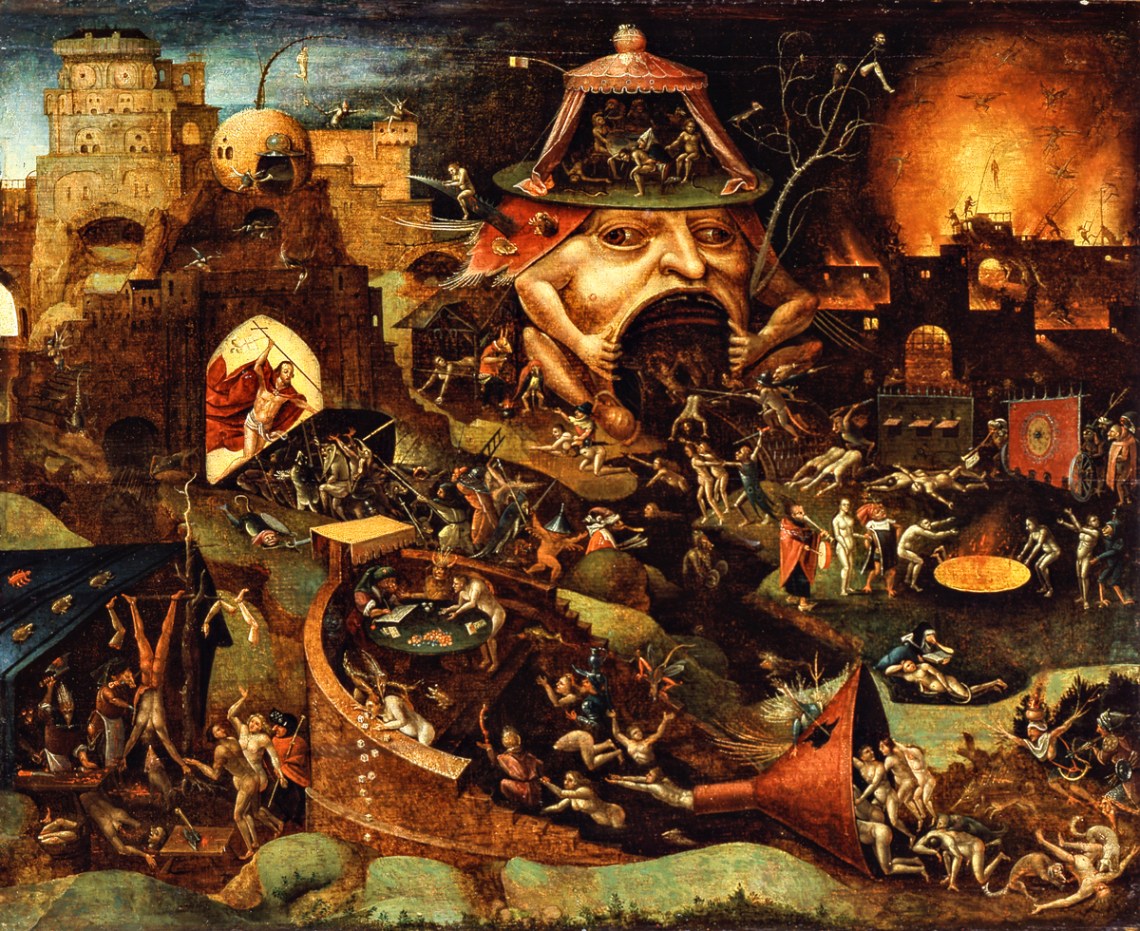 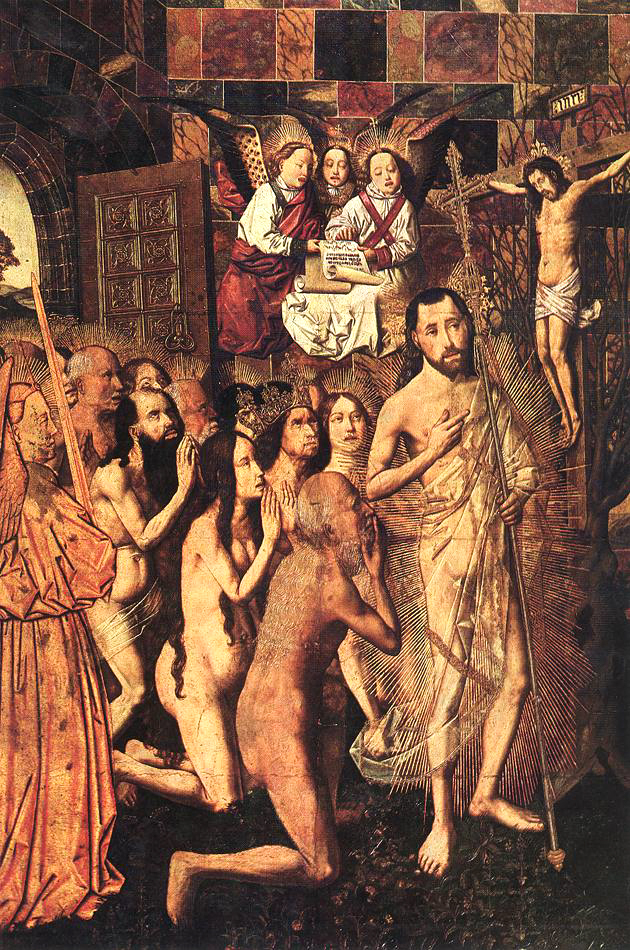 2/9
Christ leads the patriarchs from Hell to Paradise, by Bartolomeo Bertejo, Spanish, ca 1480: Methuselah, Solomon and the Queen of Sheba, and Adam and Eve lead the procession of the righteous behind Christ.
Bartolomé Bermejo via Wikipedia Public Domain 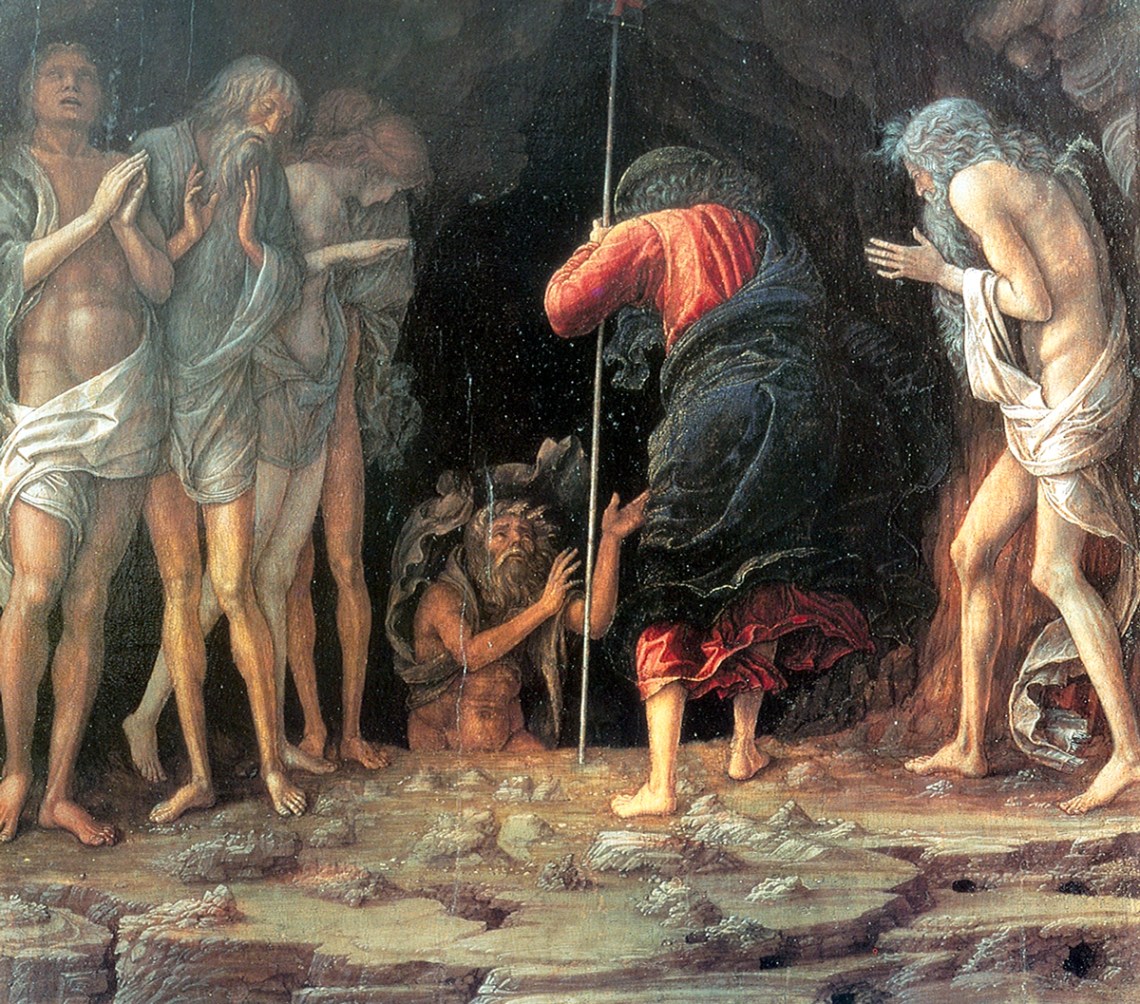 3/9
The first version, for Marchese Lodovico Gonzaga, Andrea Mantegna painted in June of 1468. This smaller one, which was probably done for Ferdinando Carlo, the last Duke of Mantua, around 1470–75. The conventional title given to the work, its workshop replicas and the engraving of it, Christ's Descent into Limbo, is a modern one.
Andrea Mantegna via Wikipedia Pubic Domain 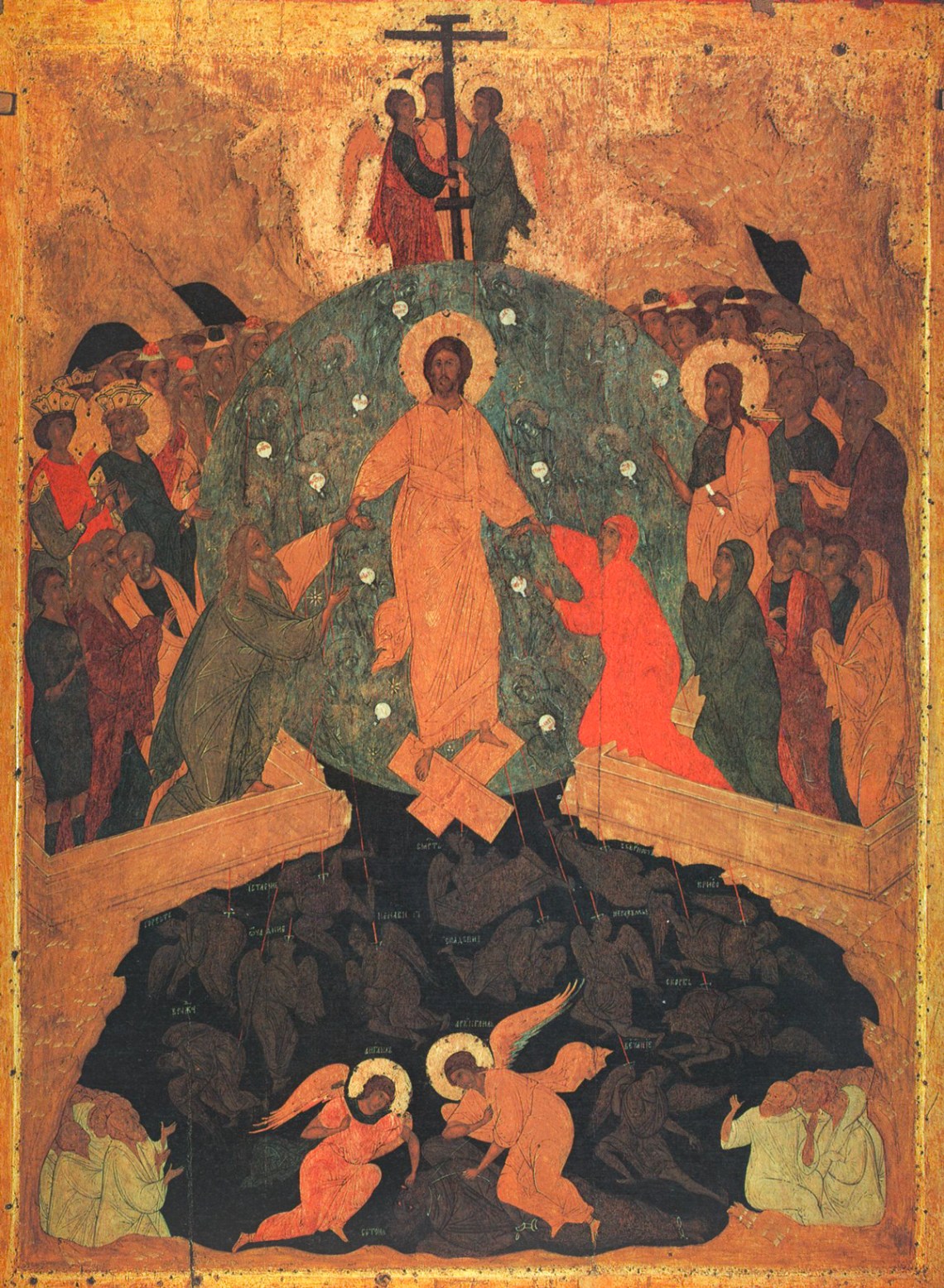 4/9
Harrowing of Hades, an icon by Dionisius, from the Ferapontov Monastery.
Dionisius via Wikipedia Public Domain 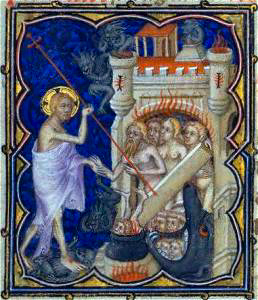 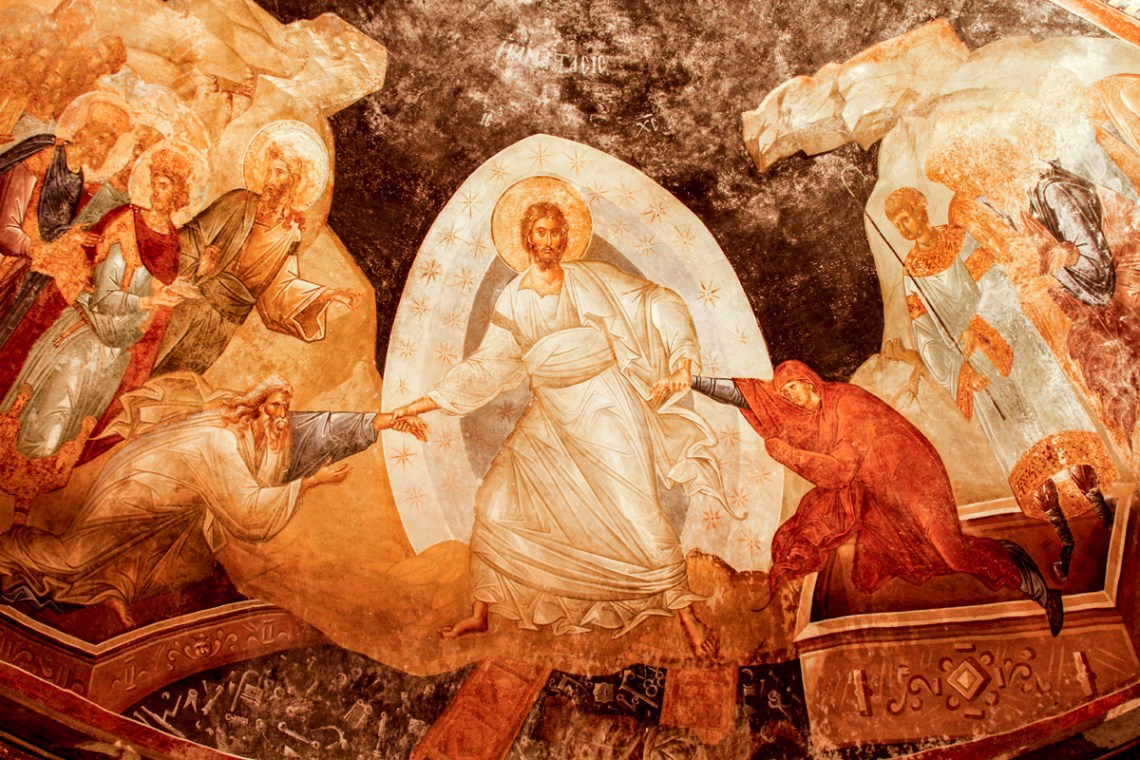 6/9
In Harrowing of Hades, fresco in the parecclesion of the Chora Church, Istanbul, c. 1315, raising Adam and Eve is depicted as part of the Resurrection icon, as it always is in the East.
José Luiz Bernardes Ribeiro via Wikipedia CC 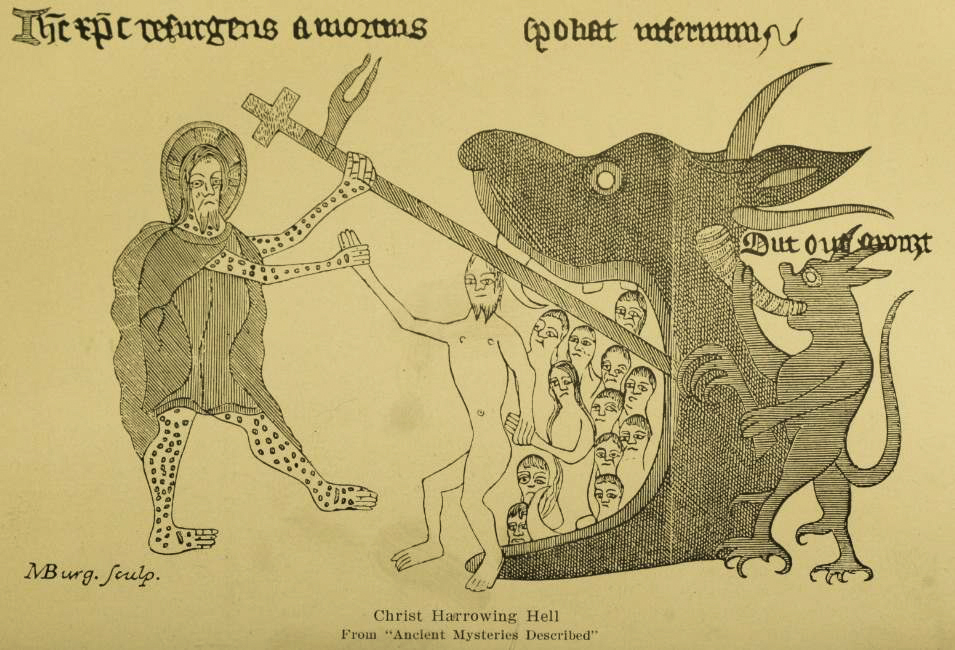 7/9
A medieval Harrowing of Hell, with Hellmouth, engraving by Michael Burghers (1647/8–1727). In Christian theology, the Harrowing of Hell (also often referred to, even today, as the Descensus Christi ad Inferos) is understood as the triumphant descent of Christ into Hell (or, even better, into Hades, which is quite different). This descent, Tradition claims, happened between the time of his death in the Cross and his Resurrection, and it implies the bringing of salvation to the righteous who had died since the beginning of the world, but before the arrival of the Messiah. After his death, the soul of Jesus descended into the realm of the dead, referred to as “Hell,” according to an old English usage of the Apostle’s Creed.

This clause is indeed, the core of the issue: in the original Greek (κατελθόντα εις τα κατώτατα), the word “κατώτατα” simply translates “the lower,” the “inferior” (precisely what inferos, “Hell,” means also in Latin), the “underworld”. According to some traditions and interpretations, this underworld is not Hell but, instead, Abraham’s Bosom (sometimes known as the Limbo of the Patriarchs) –a place where the righteous awaited for the plenitude of Redemption to arrive. It is not be confused with Gehenna, a definitive place in which one is deprived of God’s presence. In fact, a 3rd-century old Syrian Creed says of Jesus that he “was crucified under Pontius Pilate and departed in peace, in order to preach to Abraham, Isaac, and Jacob and all the saints concerning the end of the world and the resurrection of the dead.”
Michael Burghers via Wikipedia Public Domain 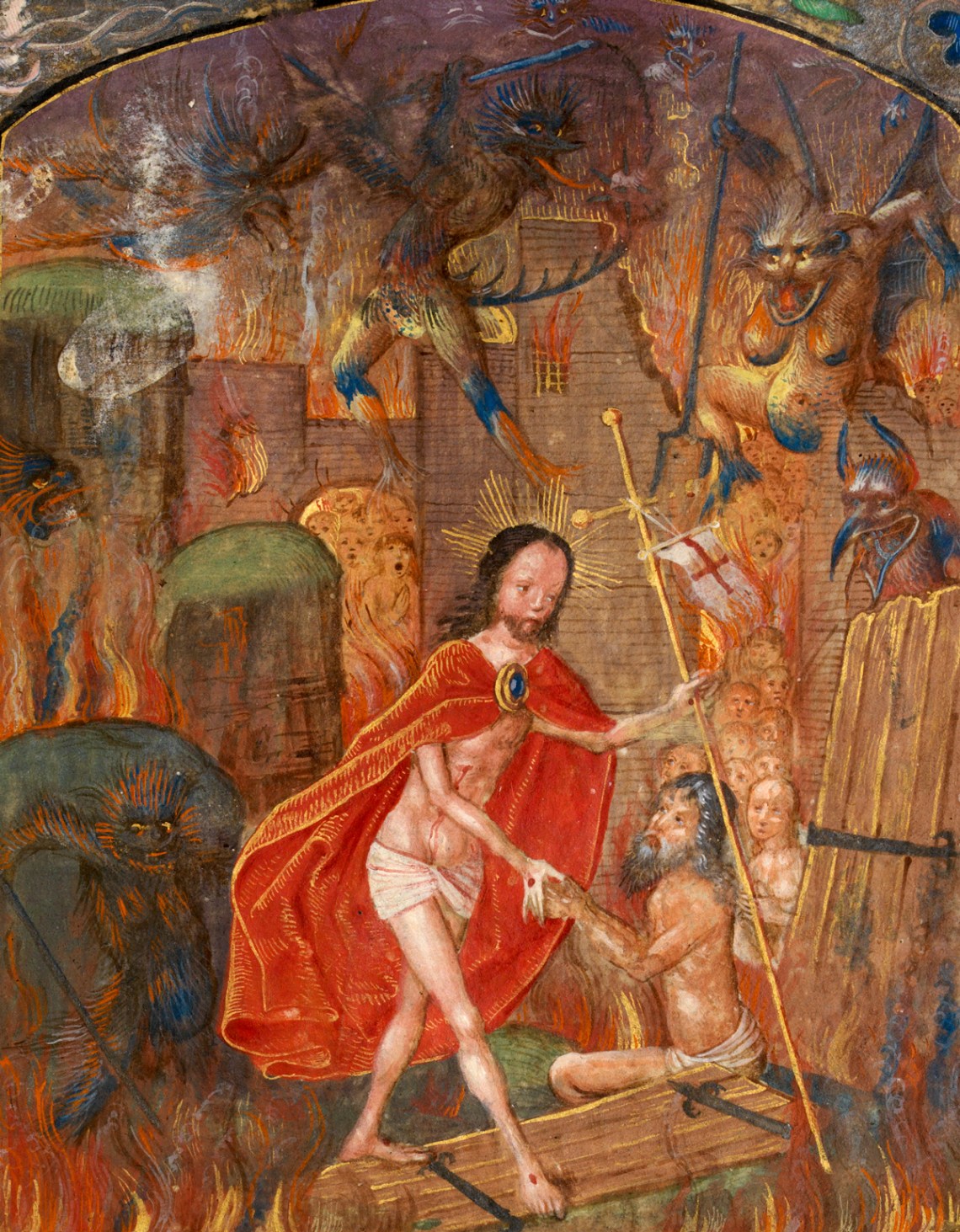 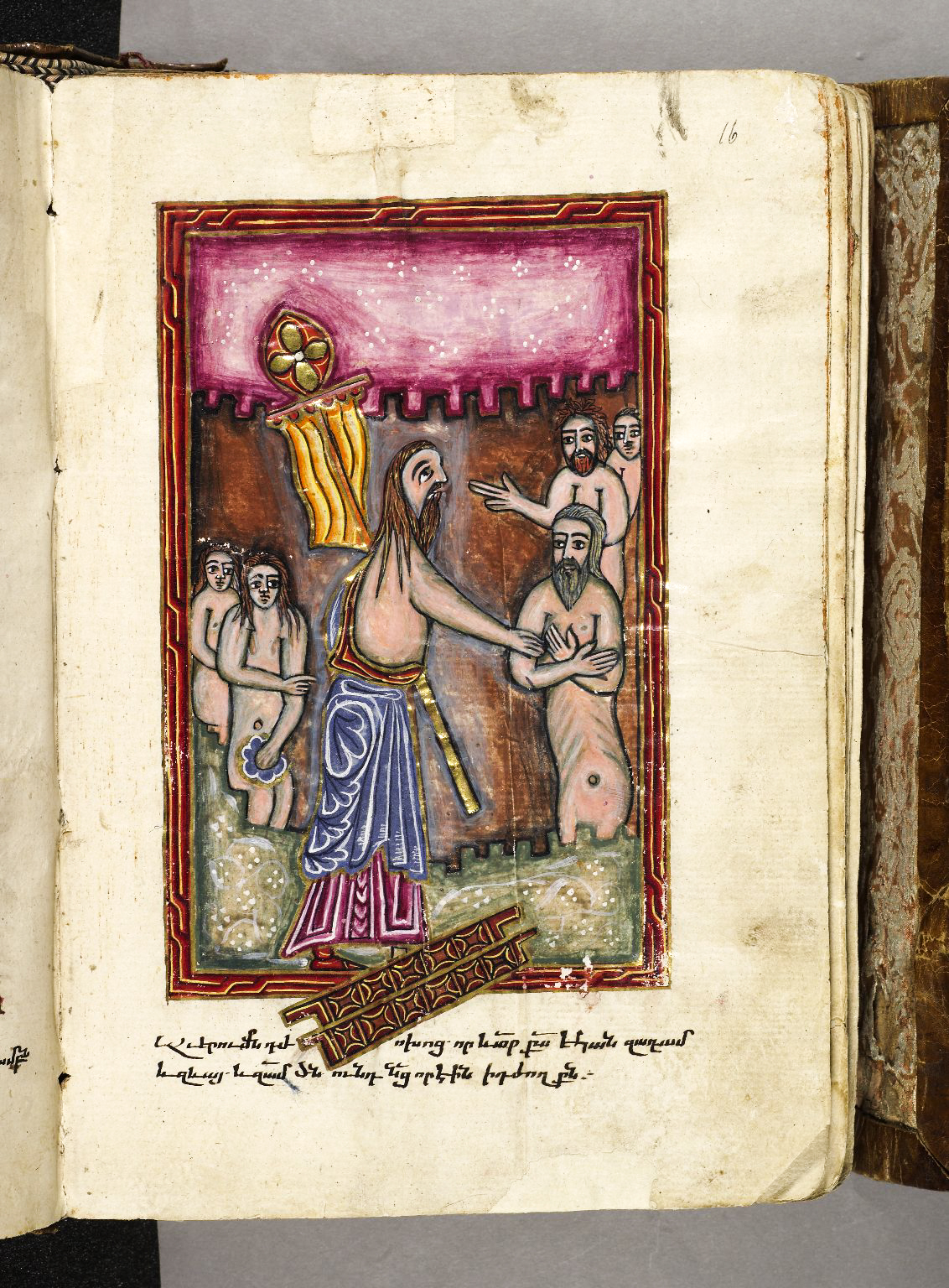 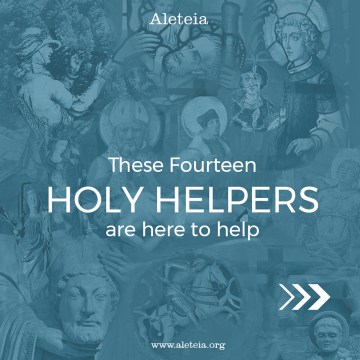 These Fourteen Holy Helpers are here to Help! 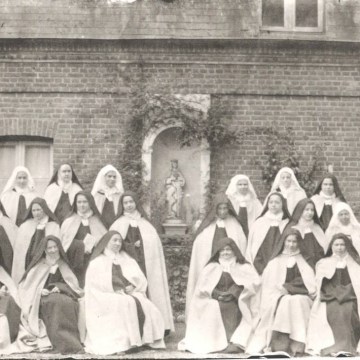 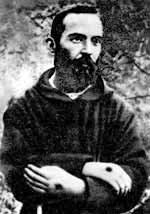