After Brute Force, Is There Space For Moral Principles In World Affairs? 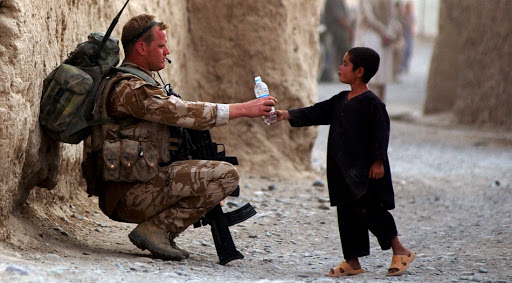 In the course of preparing “The End and the Beginning,” the second volume of my biography of John Paul II, I was struck by a historical coincidence that isn’t much remarked these days: the opening of the Second Vatican Council in October 1962 coincided almost precisely with the Cuban Missile Crisis.

Pope John XXIII solemnly opened the Council on Oct. 11; national security adviser McGeorge Bundy showed President Kennedy reconnaissance photos of Soviet missile and bomber emplacements in Cuba on Oct. 16; and while the Council sorted itself out, the world held its breath during 13 days at the brink of nuclear war. That shattering experience had two important impacts on the remainder of Pope John’s pontificate: it strengthened the pope’s determination to explore the possibility of a modus vivendi with the Soviet Union and the communist regimes it controlled in east central Europe; and it helped inspire the pope’s 1963 encyclical, “Pacem in Terris,” whose very title, “Peace on Earth,” evoked a widely-shared aspiration in the wake of the October 1962 superpower showdown.

The new Vatican “eastern politics”—the Ostpolitik, as it became known—cannot claim much success. Soviet persecution of Christian churches actually increased during the years of John XXIII. The Ostpolitik of Pope John’s successor, Paul VI, destroyed much of the Church’s credibility in Hungary, did little to ease the pressure on Catholics in what was then Czechoslovakia, and created circumstances that led to serious penetration of the Vatican by Soviet-bloc intelligence agencies. Perhaps the one important accomplishment of the Ostpolitik was that it became, in a wholly unanticipated way, a kind of diplomatic façade behind which the unexpected Polish pope, John Paul II, could hammer on Soviet-bloc human rights violations even as Vatican diplomats continued a series of negotiations that were going essentially nowhere.

What about “Pacem in Terris,” though? As the Church and the world marked the encyclical’s golden jubilee this past April, what might be considered its lasting accomplishments?

The first of these achievements had to do with the encyclical’s global reception: the universal resonance of “Pacem in Terris” confirmed the late-20th century papacy as a unique voice of moral authority among the deeply divided and often-conflicted tribes of Planet Earth. That authority has continued into the 21st century, thanks to the two U.N. addresses of John Paul II and the “September Addresses” of Benedict XVI in Regensburg, Paris, London and Berlin. That same moral authority has already begun to be wielded by Pope Francis who, in his post-election address to the diplomats at the Holy See, reminded the assembled representatives of worldly power that there can be no peace without reference to the moral truths embedded in the world and in us—truths that are accessible to everyone by the use of reason.

The second enduring impact of “Pacem in Terris” was to have inserted the Catholic Church fully into the late-modern debate over human rights, aligning the Church with those human rights activists who played key roles in bringing down the Berlin Wall and ending communist tyranny in Europe—a historic transition that made “peace on earth” (including the disarmament for which John XXIII called) more of a reality. Like many United Nations documents, and like subsequent Church statements, “Pacem in Terris” engaged in “rights talk” rather loosely, with virtually every imaginable social good being described as a “human right.” That has led to some enduring issues, even problems, in the explication of Catholic social doctrine. But matters of conceptual precision notwithstanding, there should be no doubt that the Church’s deployment of the language of “human rights” has helped magnify its moral voice in world affairs.

Then there is “order,” a recurring idea throughout the encyclical. The world is being “ordered”—shaped and governed—by various contending forces, John XXIII noted; by what principles will that “ordering” continue? By brute force—political, military, or economic? Where is the space in world affairs in which moral principles can act as a leaven in the world’s getting itself in order?

George Weigel is Distinguished Senior Fellow of the Ethics and Public Policy Center in Washington, D.C. Weigel’s column is distributed by the Denver Catholic Register, the official newspaper of the Archdiocese of Denver. Phone: 303-715-3215.