Facing Past Sins for My High School Reunion 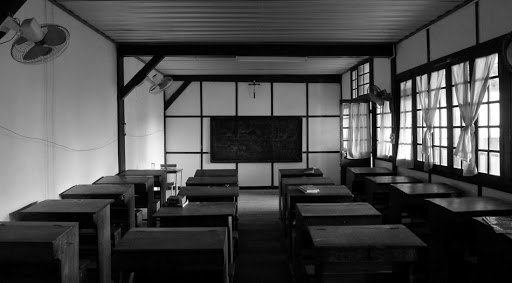 My twentieth high school reunion is coming up – twentieth,  as in two decades.  It’s been difficult for me to wrap my mind around the fact that two decades have passed since I graduated high school.  It seems like one of those suspicious time gaps that indicate a glitch in the Matrix or something.

I moved away from my home state almost ten years ago, and I’ve never been to one of my school reunions.  I don’t even know if there’s been any before this one.  For a good while after graduating, I was hell-bent on forgetting everything about high school.  I went to college and tried to reinvent myself, but ultimately ended up full circle. I graduated from college, and then engaged in a desperate attempt to flee and begin again.

Thinking about who I had been and the things I had done brought me feelings of such shame and embarrassment that I responded physically.  If I ever came across pictures from me during those times, or ran into a friend who wanted to recount stories from those years, I’d feel my heart start to pound.  My palms would sweat, and my face would feel like it was swelling to gigantic proportions.  Outwardly, I’d smile and laugh along, but inwardly, it was all I could do not to dig a hole right there and drop into it.

I learned to tell on myself as a defensive tactic.  Whenever stories about the past loomed on the horizon, I’d control the narrative and the conversation by telling tales about my stupid behavior before anyone else could get to it.  By painting my past self in giant, hilarious hyperbole, I could hide behind my words and my story and keep the conversation more or less where I wanted it.

It was like I was chained to this shadow self; this malevolent, sinister specter of my past. And if I was surprised by it or looked at it too long, it would swallow me up and return me to a nightmare version of my past.  I couldn’t even look at happy memories without being worried that the monster would show up from behind one of them and lunge at me.

Then, years and years after I’d left high school and college behind, I converted to Catholicism and discovered the Sacrament of Penance.  The first time I went to confess, I had a piece of printer paper in my hands, covered front and back with tiny writing, where I’d written every single sin I could remember ever committing.  While I emerged from that first brush with the sacrament intellectually shriven, I couldn’t shake the feeling that the sins of my past were still with me.  There was a sense of psychic residue clinging to me like poisonous cobwebs.

I generally tried to combat this with frequent confession.  Not to re-confess past sins, since I was able to grasp that they’d truly been forgiven and washed away, but rather to heal the spots in my soul where I felt the past seeping in.  Things got better, and I was even able to engage in conversations with old friends about high school shenanigans without feeling like I was going to implode.  But I’d change the subject the first chance I could.

Then the plans for the twentieth reunion started popping up.  Pictures were posted to Facebook with increasing frequency, showing ghostly teenagers in early 90s glory – giant permed hair and Z Cavaricci pants paired with flannel shirts.  A classmate found our senior magazine and started scanning in its pages: lists of “remember whens” and “best moments from the last four years” and the results of the class elections.  I started getting twitchy.

But then, the Church celebrated St. John the Baptist’s birthday (one of only three birthdays the Church celebrates formally).  I started thinking about him, Jesus’ cousin, whom Christ knew both as a child and as an adult.  What was John like growing up?  Looking at the man he became, I don’t think it’s difficult to imagine young John as someone who spoke too loudly, or too rashly, or too severely.  I don’t think it’s a stretch of the imagination to see him as opinionated, short-tempered, and headstrong.

In other words, I think he was probably a lot like I was in my youth.

The St. John we see is an adult, his prickly personality tempered a bit by age, perhaps, but still there.  We see Christ coming to him, possessing firsthand, familial knowledge of the road John’s traveled and the person he was versus the person who stood before him.  And yet Christ doesn’t flinch away from some hidden sins in John’s past.  Christ doesn’t sneer or scoff at the person John became, making fun of him in light of who he was.  Christ meets him, speaks to him, and asks him to perform a task for the Kingdom.

This was the understanding I needed to finally banish the ghosts of my past.  My sins are forgiven, my past is tucked away in the Sacred Heart, and Christ won’t flinch away from me or mock me for who I’ve become with the help of his grace.  And if God himself won’t do that to me, why should I do it to myself?

So, while I still won’t be able to make it to the reunion, I’m now looking forward to the picture being posted of a 17 year old me, taken after I’d been voted, fittingly, “Class Liberator”.

Me and St. John the Baptist: loud mouthed, opinionated activists.